*** IMPORTANT UPDATE: Before you read this critical update on the Federal Reserve’s most recent “brilliant” idea on how to manipulate markets by changing the way they measure inflation – AGAIN – I want to stress that Koios Beverage (CSE: KBEV & US: KBEVF) is bouncing back hard from its 6-month lows. We waited patiently as shares came down 73%. The market looks to be turning around significantly, as I see it. 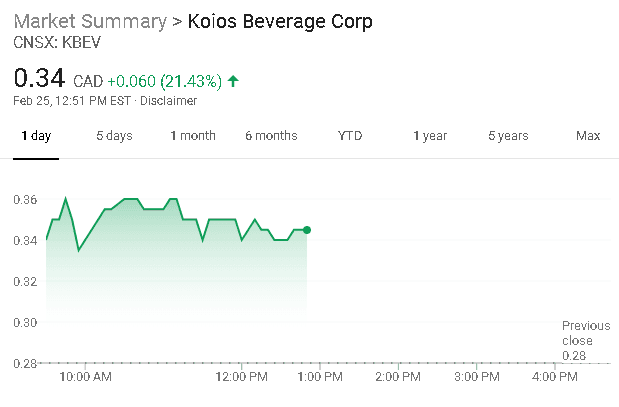 The stock price is up as much as 27% today, and is one of the top 2 gainers on the exchange today, as well as being among the top 5 in transaction volume. After going down 73%, a mean reversion day was very probable. I’m really excited we nailed it.

As Kraft-Heinz’s major decline is proving, millennials are redefining consumer preferences, and Koios has a PROPRIETARY product line that targets this specific demographic.

Wealth Research Group devoted an entire letter to detailing how the central bank is now looking for ways to have perpetual QE programs running; it (the central bank) has been publishing reports on the effectiveness of negative real interest rates, claiming to have “cracked” the way to achieve low unemployment rates, coupled with minimal inflation. Their talking head academics have now really crossed the line.

In their latest statement, right before FED chairman Jerome Powell is set to talk before congress, the bank is now looking to adjust the way it measures inflation.

Get this – they’re now fearful that the general population has become accustomed to low inflation levels, which might cause us to spend less and save more. Of course, the FED doesn’t want that, because it would be beneficial for the masses but bad for Wall Street. More savings mean less money going into the stock market. 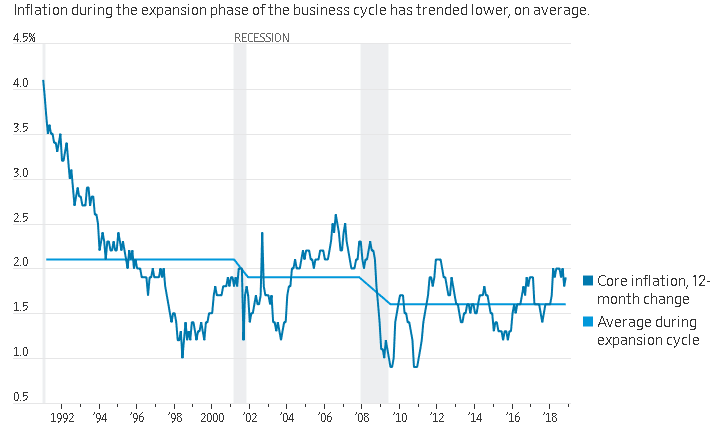 This is the reason that gold is not surrendering, even though the banks in London and in NYC are doing everything in their power to keep a lid on it.

In 2019, the stock market is having its best two-month opening since 1991; the dollar is actually holding strong and there’s a resolution in sight for the China-U.S. trade war – yet gold is rallying.

Smart Money knows that the FED is scrambling to make adjustments because they see that this bubble is risky, and they can’t afford to be blamed for it.

The best performing major commodity for the past week, for instance, was copper. Positive signals from the U.S. and Chinese governments might have just sparked a commodities rally.

I’m currently in Park City, Utah. Yesterday, I piloted a Cessna plane over the Kennecott Copper Mine, owned by Rio Tinto. Its size is incredible, and even as I navigated only 100ft above Caterpillar trucks, their size is dwarfed by the immense depth of this mine.

If the FED is needing to “massage” inflation numbers, and if China and the U.S. can come to terms on some sort of a deal, nothing will rally as much as natural resources – which have been subdued for nearly a decade due to suppression, low inflation levels, and the soaring tech sector.

I’ll have another update on this soon.

This work is based on SEC filings, current events, interviews, corporate press releases and what we’ve learned as financial journalists. It may contain errors and you shouldn’t make any investment decision based solely on what you read here. It’s your money and your responsibility. Never base any decision off of our emails.  Our report is not intended to be, nor should it be construed as an offer to buy or sell, or a solicitation of an offer to buy or sell securities, or as a recommendation to purchase anything. This publication may provide the addresses or contain hyperlinks to websites; we disclaim any responsibility for the content of any such other websites. We have entered into an agreement for three hundred thousand dollars and five hundred thousand options paid for directly by koios beverages. We have also purchased shares and are long the company. Please use our site as a place to get ideas. Enjoy our videos and news analysis, but never make an investment decision off of anything we say. The information herein is not intended to be personal legal or investment advice and may not be appropriate or applicable for all readers. If personal advice is needed, the services of a qualified legal, investment or tax professional should be sought.