At the highest level of government and central banking reside individuals who have proven themselves to be very capable men and women. Decision-making at their stature affects the lives of hundreds of millions, and sometimes billions. Their ability to think clearly, trust the advice of their closest advisors, and maintain a balanced mind open to ideas has to be sharp as a tack, or so is the perception they might to project to the general masses.

In World War 2 – which came to an end on September 2nd, 1945, now 74 years past – the capability of military and political leaders to formulate plans was a determining factor in how things turned out; the lives of tens of millions hung in the balance of just a few key people.

The war was atrocious, so much so that many facts were kept secret from the general public. This strategy of “shielding” the masses from the consequences of actions is one of the most unfair injustices that the Deep State officials in every country commit toward their own citizens, and on the global population as a whole.

Concealing travesty MISSES the entire point of learning from mistakes and of growing up.

Lying, embarking on propaganda schemes and warping reality is a big part of how WW2 got started and was able to linger on and consume the entire world for six whole years of devastating fighting.

We don’t want to ever repeat those painful lessons. People need to know that they live in unprecedented times, economically, financially and politically, so that they can prepare in an accurate manner, not a delusional one, for what comes next. 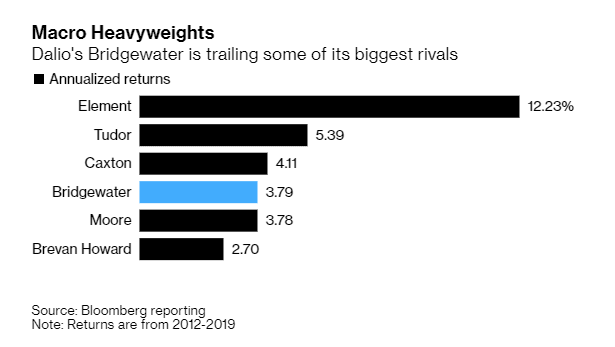 In the past seven years, some of the investment world’s most successful long-term fund managers have been saddled with defeat and poor performance.

The world has morphed into this new beast, which baffles billionaires from Buffett to Dalio, who have been underperforming the indices for years.

Unlike us, who have ridden the incredible surge in the price of Bitcoin, most billionaires dismissed it. Similarly, in the very EARLY days of WW2, French reconnaissance planes flying over the border saw a vast number of German soldiers, tanks and supply, lined up for an attack and reported thus to their high commanders up the chain. The top French general of the region refused to acknowledge this, based on what HE BELIEVED he knew, instead of relying on precise intelligence.

In those early days of the war, the French army was much more intimidating than the German one, and had the general acted on this information, MOST LIKELY the German invasion of France would have never occurred. Perhaps a resolution or agreement would have been struck, since all the momentum would have been stopped dead in its tracks, right then and there.

NEVER shut your mind to change and to new revelations; the world is evolving and old information, unsubstantiated opinions and biased beliefs could be deadly for one’s progress. 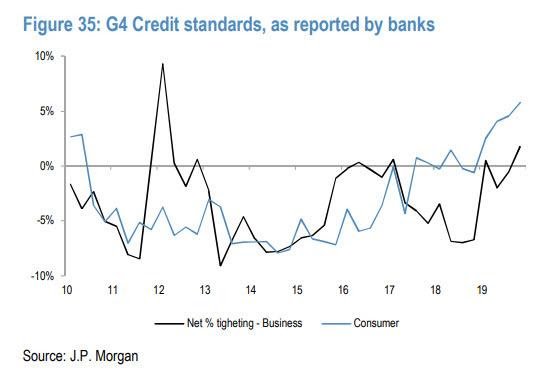 Despite propaganda to the contrary, banks are noticeably beginning to tighten the noose around businesses and consumers – just like they did in the late 1920s, at the end of the roaring decade, right before the Great Depression.

We hear a lot about doctored government reports, both from Washington and China, but not all news is fake or tampered with.

The U.S. does enjoy low unemployment rates, but what of it? Most of the people that are working have low-wage, dead-end careers; no one is reporting on that FACT.

Even with gold trading near 6-year highs, no one is reporting that, in terms of value proposition, both the physical metal and the mining stocks are close to their historical 2001 lows!

And, most dire of all, I have seen almost no warnings concerning the fact that corporate profit margins are in free fall, a phenomenon that has preceded each and every recession for the past 70 years.

The central banks have been carpet-bombing the financial system with liquidity, via QE programs and balance sheet expansions of all sorts. DEBT is abound!

Just like a variety of experimental weaponry was used for the first time in WW2, so have many monetary tools been implemented without any statistics regarding their chances of generating a positive result.

Take a look at these UNDENIABLE patterns, repeated time and again: 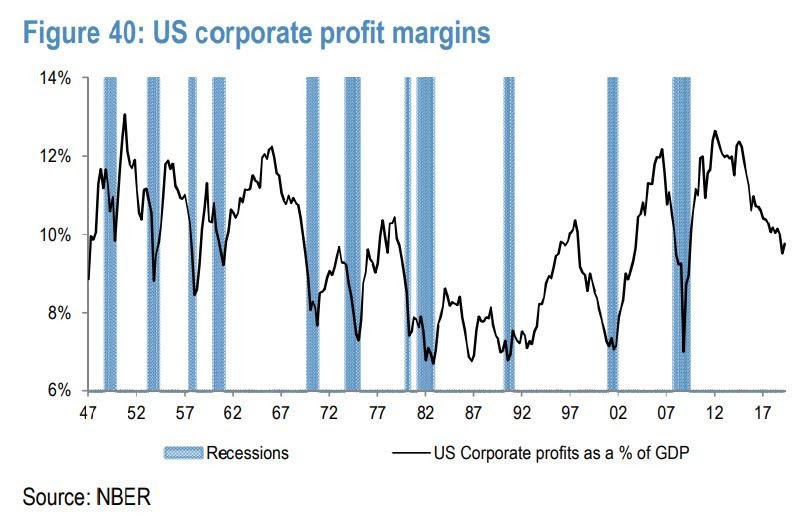 In war, soldiers have months of downtime, in anticipation of the enemy’s attack. They sit, knowing that the inevitable can become the imminent and they prepare.

Nothing is more important than being ready.

Don’t get played by the Deep State academic propaganda machine.

Do your own thinking. READ, network with quality individuals and build a financial fortress.

There isn’t ONE CASE, in all of history, of a government that has devised a way to enrich the population. But there are INNUMERABLE cases, each and every day, of people from all walks of life who have AWAKENED their capacity to generate value and become financially independent.

Be one of those shining stars.