We thought we’d seen it all in 2008 and 2009, when TRILLIONS of dollars were created to block the global banking system from GOING UP IN FLAMES, but Covid-19 takes the cake, leaving the Bernanke era of bailouts in the dust!

No problem is too big to PAPER OVER (according to these lunatics) and each market disruption gets solved in hours or days (at the expense of the average person), using either the Federal Reserve or Washington.

This is an ALL-IN MOMENT for the authorities.

Clearly, with all the DATA and all the STUDIES getting published, governments OVERSHOT the response to the pandemic, closing down entire industries and causing a chain reaction, which has WIPED OUT all the job creation of the past decade.

With oil going negative, Washington will replenish their STRATEGIC RESERVES. That’s a great idea to capitalize on RECORD-LOW prices, but the money to pay for it is CREATED out of thin air.

Anything they do EXPANDS the money supply; DEFICITS are going PARABOLIC.

Gold may face LOTS OF RESISTANCE at $1,750/ounce, but that’s only because EVERYBODY knows that after that there’s nothing holding it back from CLIMBING TO THE SUMMIT and hitting $2,000/ounce, which will INVITE all the speculators into the trade.

Throughout his career, Mr. Leo Hathaway has been a part of FOUR COPPER PROJECT BUYOUTS, worth $1.366 BILLION.

Libero Copper & Gold (TSX-V: LBC & US: LBCMF) is led by CAPABLE people with a footprint in this sector and Mr. Hathaway is a CRUCIAL part of it.

All small-cap companies are INHERENTLY high-risk, since they’re engaged in the most DIFFICULT business plans known to man: EXPLORING, which often ends with no results, and DEVELOPMENT, which often costs more than projected and lasts LONGER than envisioned.

As a VENTURE INVESTOR, all one can do is (1) buy cheap, whenever the opportunity presents itself, (2) appropriate a SENSIBLE amount of funds, knowing full well the giant risks involved, (3) stay fully informed as to what’s happening with the company one owns a part in, (4) BET on capable management teams, (5) wait for sentiment to be ROTTEN before risking funds (as copper is – hated) and (6) hope that drilling will go well and that development will go smoothly.

When the above happens, fortunes are POTENTIALLY made and we’ve seen COUNTLESS examples of it. 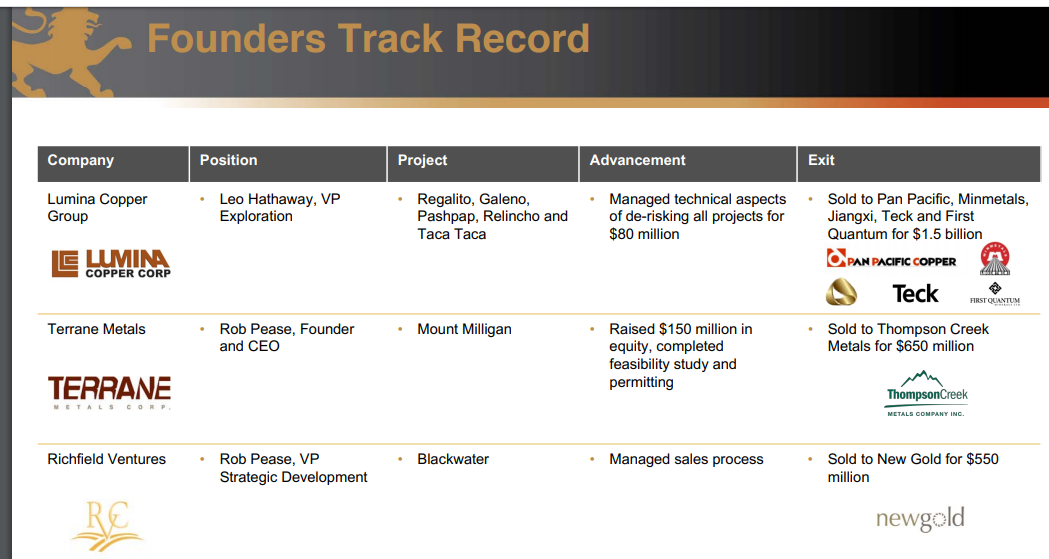 This management team is CAPABLE. Libero Copper & Gold (TSX-V: LBC & US: LBCMF) has reputable people involved, a giant gold miner as a strategic 10% owner, and for now, a CHEAPER valuation than all of its peers.

The Golden Triangle is one of the planet’s BEST mining regions and Big Red is situated at the heart of it.
According to Ian Slater, the company’s CEO, Mocoa will turn into a producing copper mine, which potentially makes it a MEGA-ASSET.

Tomichi is a huge-sized copper asset, which is in its early stages. Higher copper prices will allow the company to de-risk it as well.

We have gold and copper, exploration and development; it’s a DIVERSIFIED play.

In June, the company will commence drilling!