URGENT: HYPERINFLATION INSURGENT in your HOUSE!

There are some people, who before they even open their mouths, I know which way they lean and what they’re going to say. They’re not really capable of original, independent thinking anymore, either because they’re just hard-wired to fit everything into their narrative or because their entire identity has been attached to one central idea.

For example, if I see someone has interviewed a certain gold bug, I don’t even bother listening… I know he’ll say gold is going to $10,000 and the dollar is going to be like it is in Zimbabwe very soon… Well, let’s just say I’m immune to that crap by now.

On the flipside, if I hear a Wall Street talking head mentioning gold in a negative light, because “no one cares about it anymore,” I almost laugh at the notion that this person is just an empty brain, not even capable of truly looking at the move from $35/ounce to $1,700/ounce and realizing lots of people, institutions and governments care about gold.

The fact remains gold is one of the BEST-PERFORMING assets of the 21st century, far outperforming many other types of investments.

When Paul Singer talks about gold, I know I am getting a cold slab of hard data and I should look really carefully at his reasoning, just like when Jeremy Grantham called this the greatest stock market bubble of his career in early 2021 and we IMMEDIATELY took notice!

Paul Singer is a low-key Wall Street hedge fund billionaire, famous for winning court battles with the Argentinian government over bonds, and he’s just issued a warning, saying hyperinflation is the trajectory we are heading.

I was startled by this admission, because we don’t often get such an introvert to be this outspoken.

For me, I understand his logic. We now have the highest inflation since the 1970s and a far stronger economy than back then, so if the FED can’t get the job done and crush inflation, because a credit event or political pressure gets in the way, the pent-up inflationary winds will blow again. 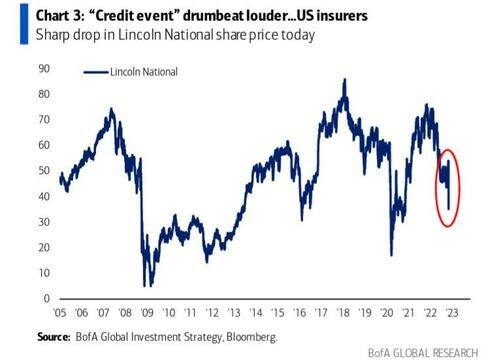 The markets are definitely reaching these mini-breaking points, where companies, institutions and governments – the types of which you would never expect to find in trouble – are showing signs of distress.

The public isn’t truly convinced the party is over…

That’s the point; the average household is just waiting for the first sign of relief from the FED on interest rates leveling and they’re ready to pound the bid, which is a real sign that people just don’t get that there’s more trouble ahead, before we normalize.

The FED wants Americans to simply chill and wait, to assume and act like there’s a recession, and not like they’re about to get a huge raise or a massive bonus at work.

Wall Street is much more forward-looking and is already pricing that narrowing window of a soft landing, which I would, at this point, call a soft crash landing, because it’s already been a disastrous year.

And, if you don’t think that Wall Street is already pricing the regime change by the FED, look at this: 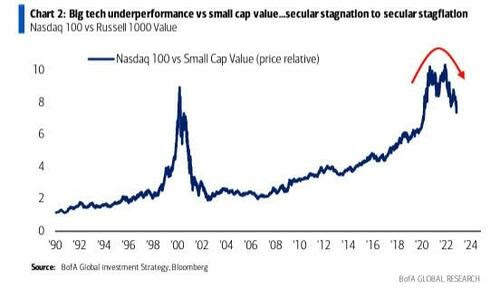 So, with cash now the most crowded trade on Wall Street, is it any wonder that gold outflows are the worst since the depths of the bear market of 2014?

This will change when the FED does, but we don’t know when that will be. The beauty is that whenever they do, it will be the bottom. 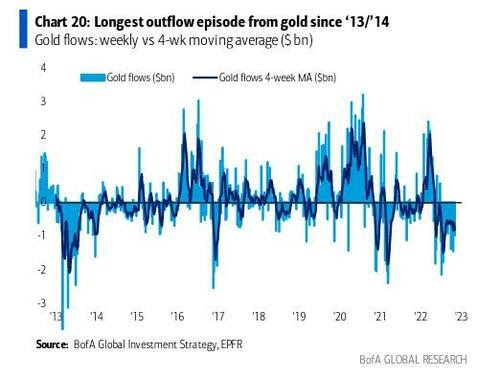