A TRUMP Victory Will Send These Names Soaring… A Biden Win Means You’ll Need to Protect Yourself with These Rarities!

The pollsters and fake-news media were 100% wrong in 2016 when they predicted a Crooked Hillary landslide. Now they’re pulling the same stunts and instead of admitting that they’re clueless, they’re using the same old divide-and-conquer methods they’ve been using for generations.

As an informed investor, you have to ignore the pundits and noise, and stick to what you know is real and true. And you need to be prepared for whatever may come, whether it’s another four years of unprecedented prosperity and opportunities or an uncertain future with Obama-policy retreads.

President Trump’s America-first, private-sector-friendly policies have made it virtually impossible to lose with precious metals. For one thing, he’s made it possible for miners to prosper as the economy has expanded consistently during Trump’s first term, with the exception of pandemic – though the recovery is already under way and making excellent progress as May had the biggest jobs increase ever of 2.5 million.

Next, there’s Trump’s firm stance when it comes to interest rates. He’s put tremendous pressure on Federal Reserve Chairman Jerome Powell – whom Trump himself appointed – to keep the federal funds rate (the benchmark interest rate that impacts yields across the board) as low as possible.

Powell gave up all resistance and is now keeping that benchmark rate between 0% and 0.25%, and he just introduced “yield-curve control,” meaning that the Fed will buy as many assets as needed (government bonds, ETF’s, and now even corporate bonds) to keep interest rates low for the long term.

In other words, bonds will basically pay nothing because Trump wants to keep the interest payments on America’s $26 trillion national debt (which began to mount long before Trump’s election) as low as possible. No one has any reason to buy bonds now or even keep their money in a savings account, as the income from these will be next to nothing.

This will bolster stocks, including gold stocks, as the stock market will always have a massive pool of buyers waiting to put their money to work. Trump’s administration has been extremely market-friendly, and another four years would allow the bull market to continue.

The President also wants a weak dollar – again, the idea is to make it easier to pay off the national debt, since it’s mainly denominated in U.S. dollar. A cheap dollar would also make it a more competitive currency for people and businesses to trade with internationally.

A weak dollar is incredibly gold-bullish as well as stock-bullish since both gold and stocks are typically measured against the U.S. dollar in the United States. And once again, with little reason to sit around and hold cash that’s not worth much, people will be incentivized to put their money to work. Thus, a second Trump term would give investors every reason to buy more gold and stocks – but of course, the smart trade is to get in before they do, and then let them run the price up.

Then there’s the other scenario: a Biden presidency, which you’ll need to be prepared for in case it somehow actually happens. In that case, don’t count on a second boom in the economy, but you can definitely count on a massive government spending spree and major disruptions to hardworking Americans’ freedoms and quality of life.

Rather than a controlled devaluation of the dollar, there would be a money-printing frenzy like you’ve never seen before and the U.S. dollar would just collapse. That’s great for gold but terrible for the American middle class, for businesses large and small, and for the economy.

Trump gave America the best pre-pandemic employment numbers since 1969, but putting Biden in office could quickly reverse all of Trump’s progress on the economic front. Priorities like strong borders and jobs for the middle class would be shelved in favor of more taxing and spending – not spending on American infrastructure, but on building up other countries. 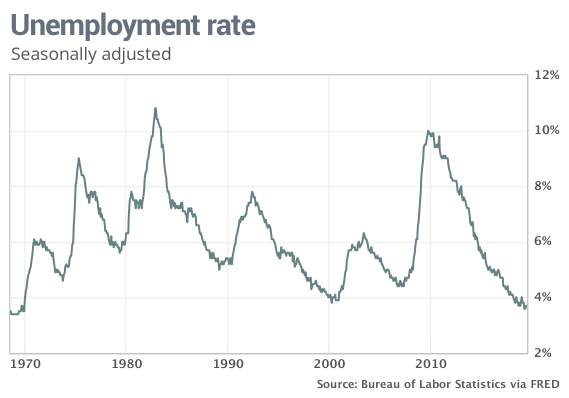 The implications for the gold price are enormous. If Biden wins, gold could go parabolic as the economy enters into full-blown crisis mode. The most likely outcome would be a mass exodus from the most overvalued stocks as a flood of investors abandon the optimism Trump gave them – and these investors, seeking a safe haven with growth potential, could pour into the gold market.

During times when personal liberties hang in the balance, the value of tangible assets becomes apparent. In anticipation of this, owning rare coins makes sense as they most likely won’t be confiscated. This is also an instant portfolio diversifier, which will prove to be invaluable in volatile markets.

While not a hard asset per se, Bitcoin is worth considering as it operates outside of governmental overreach, which would be a major issue in a Biden presidency. Bitcoin is a financial expression of the rejection of fiat money, so it can maintain its value in the face of reckless government spending.

And then there are gold-mining stocks, which can combine the best elements of stocks and commodities. Along with gold that you can hold, owning gold-company shares can provide powerful returns – especially if you select companies with plenty of gold in the ground in safe mining jurisdictions.

Not every gold company fits those criteria, but three of them in particular present a rare opportunity to combine strong fundamentals with compelling value. These are all-weather gold companies that have proven their ability to withstand a myriad of market conditions and provide de-risked returns to long-term shareholders.

One entry point into the gold market is Franco-Nevada (TSX:FNV, NYSE:FNV), which uses the royalty and streaming model as the company invests in value-added gold assets. Franco-Nevada offers sustainable and progressive dividends along with a history of share-price growth that has vastly outperformed the price appreciation of spot gold.

It might be considered a less direct form of exposure to the gold price as Franco-Nevada doesn’t operate mines, develop projects, or conduct exploration. Nonetheless, this company’s an established leader and a blue-chip dividend yielder (currently 12 consecutive years of dividend increases), so it’s absolutely worth putting on your metals-focused watch list.

A market capitalization of nearly $25 billion underscores the sheer size and scope of this resource giant. Legions of traders throughout multiple presidencies have staked a claim in Franco-Nevada – they profited handsomely if they held on to the shares, and will likely continue to do so.

With 20 operating mines and 9 development-stage projects, Wheaton Precious Metals (TSX:WPM.CA, NYSE:WPM) is another low-risk precious-metals streaming company. Wheaten holds a portfolio of low-cost, long-life assets, including a gold stream on Vale’s Salobo mine, and silver streams on Glencore’s Antamina mine and Newmont Goldcorp’s Peñasquito mine.

Enduring value is a top priority at Wheaton as over two-thirds of the company’s production comes from assets that fall in the lowest cost quartile, and Wheaton’s portfolio has over 30 years of mine life based on reserves.

Moreover, Wheaton shares trade at a compelling valuation relative to the company’s peers. In fact, using peer multiples, Wheaton’s market capitalization would be around $1.5 billion dollars higher, on average. And as an instrument of leverage to metals prices, Wheaton stock has substantially outperformed gold and silver on average over multiple investment horizons since 2005.

A well-diversified gold portfolio with low political risk gives Wheaton high upside potential in anticipation of much higher gold prices. No need to wait for the election to take a position, as this company’s shares are likely to generate outstanding returns regardless of the outcome.

As I suggested earlier, having gold in the right geographies is of paramount importance. A perfect example is GoldMining Inc. (GLDLF) which has gold in the ground in safe mining jurisdictions like Colombia, Brazil, and Alaska.

And when I say gold in the ground, I mean a whole lot of it: 11.4 million ounces of measured and indicated resources, to be more precise. With $8.6 million in cash and absolutely no debt, GoldMining Inc. has more than sufficient funds to maintain and advance the company’s extensive portfolio.

The optionality model, in which the company acquires assets near the bottom of the gold cycle, means that GoldMining Inc. can use the ups and downs of the gold price to build value for shareholders. I’ll let you do the math on this one: the total cost of the company’s acquisitions is $81 million while GoldMining Inc’s total peak market cap is $850 million.

Plus, GoldMining Inc. has minerals-market maven Amir Adnani as its Chairman. Mr. Adnani earned his legendary standing as the President, Chief Executive Officer, and a Founder of industry leader Uranium Energy Corp. With GoldMining Inc., Mr. Adnani and his team are preparing for the next leg up in the gold cycle through strategic acquisitions of premium gold resources at a mere fraction of the cost to drill.

Above all, just remember that hope is not a real strategy and you have to be ready for any outcome – whether it’s four more years of prosperity or a full-on assault on your freedoms, gold ownership is the right move today as the nation gears up for its most important decision of the century.

Disclosure/Disclaimer:
We are not brokers, investment or financial advisers, and you should not rely on the information herein as investment advice. We are a marketing company. If you are seeking personal investment advice, please contact a qualified and registered broker, investment adviser or financial adviser. You should not make any investment decisions based on our communications. websites. We have been previously compensated by Gold X Mining, for a ninety day marketing budget of three hundred thousand dollars, paid for directly by the company, this agreement has since expired. Our affiliate company, Gold Standard Media received three hundred thousand dollars for a ninety day digital marketing agreement that includes the letter you’re reading now. We have also purchased shares of the company through a recent private placement. We have also purchased shares of the company through a recent private placement. We currently own warrants and will not sell any within four weeks of any email coverage.  We have engaged in a ninety-day agreement, which this publication is a part of, and have been compensated, directly by Gold X Mining, three hundred thousand dollars. Our stock profiles are intended to highlight certain companies for YOUR further investigation; they are NOT recommendations. The securities issued by the companies we profile should be considered high risk and, if you do invest, you may lose your entire investment. Please do your own research before investing, including reading the companies’ SEC filings, press releases, and risk disclosures. Information contained in this profile was provided by the company, extracted from SEC filings, company websites, and other publicly available sources. We believe the sources and information are accurate and reliable but we cannot guarantee it.