Now, Trump is already talking about the light at the end of the tunnel, of opening the country up by Easter, which is April 12th. What’s more, this country has just received its LARGEST-EVER combined dose of fiscal and monetary stimulus packages.

I don’t need to tell you how markets have been behaving for the past two sessions; it’s been GREEN, GREEN and more GREEN. One hour before the markets closed yesterday, Bernie Sanders began throwing a tantrum on the details of the deal, which resulted in a problematic friction.

Many are sounding the alarm, calling these traps or classic bear market rallies, suggesting that they are to be followed by EVEN sharper declines. But I am QUESTIONING this thesis, since this bear market was ARTIFICIAL in many regards.

Take a look at the amount of concentrated short positions that the ALGORITHMS currently have: 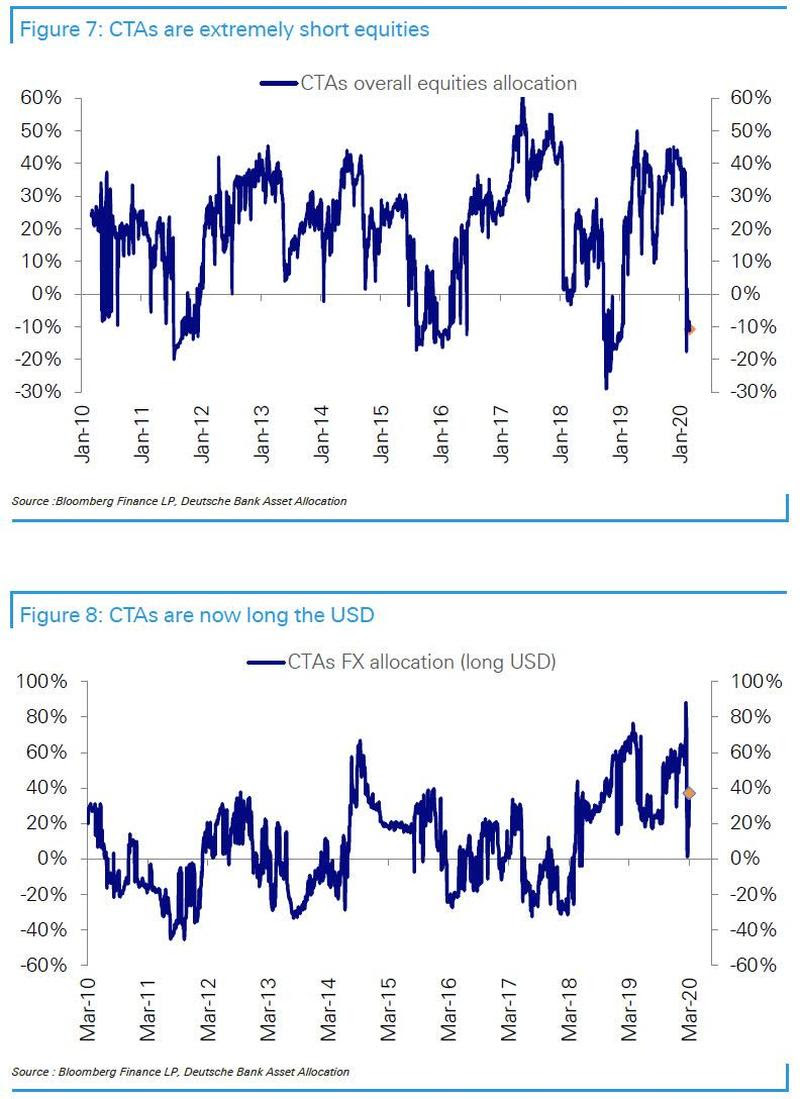 We still have to process through the HORRIFIC unemployment numbers, which will be released soon. With INFINITY QE and OPEN-ENDED swap lines, you have to either be in the camp that says that the dollar is going to continue climbing and to send the globe into a GREAT DEPRESSIONARY NIGHTMARE, or that this will be a reflationary MADHOUSE; it’s one or the other.

I’ve taken the position that Covid-19 isn’t what’s about to generate a global reset, not by a long shot.

My money rests on the notion that we’re going to get through this and that $12,000,000,000,000 in cash is about TO LOOK FOR a new home in stocks, commodities and precious metals.

Coronavirus will stay with us for another 2-3 years, until we all get vaccinated the general population and until the coast is clear, but the U.S. healthcare system will be ready for it soon.

Other countries will do EVERYTHING they need to in order to be staff-ready, full of equipment; in the meantime societies will enforce social distancing for a while longer.

Europe will issue corona bonds, G7 countries will do whatever is necessary and it will END UP working in the short-term and creating a debt AVALANCHE in the longer-term. China will be back in business, and Germany will implement its FIRST major stimulus plan since WW2. You can either in the state of mind that it will WORK, so you must be bullish and buying (as I’ve been buying in the past two days), or selling like a maniac, since all of the world’s GOVERNMENTS AND CENTRAL BANKS have worked in concert to save their fragile system – so if they can’t do it, NO ONE will. 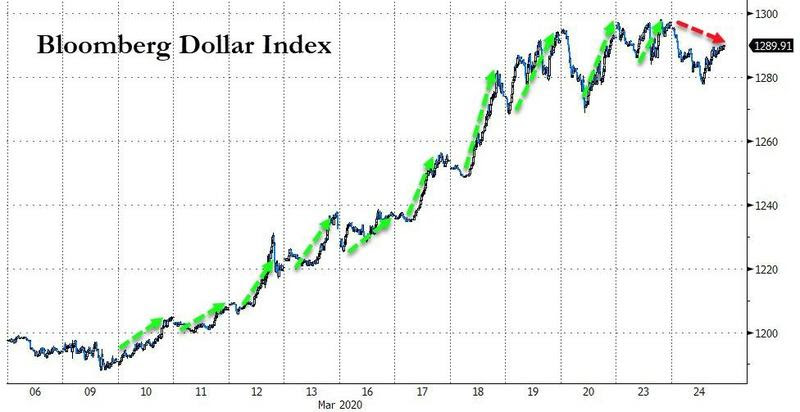 This is the one chart to watch – the DOLLAR INDEX. A victory for the Federal Reserve and for Washington would actually be to see a MUCH WEAKER dollar.

They must make assurances so big that the demand for cash decreases, which means that equities will be winners, as well as commodities and other hard assets – we are either succumbing to a SUPER-DEFLATION of our fractional reserve banking system or we are “successful” at aggressively REFLATING.

I am betting on the latter.

We’re seeing global monetary and fiscal stimulus; this is the HOLY GRAIL for reflation and it’s STIMULUS on steroids.

If no other smoking guns arise from Covid-19, the resource sector will ERUPT like an Icelandic VOLCANO!