WALKING INTO A TRAP: Gold Confiscation – GUARD IT AT ALL COST!

WALKING INTO A TRAP: Gold Confiscation – GUARD IT AT ALL COST!

VERY IMPORTANT: Before reading today’s letter, which focuses on the TWO-BIGGEST potential money-making sectors of 2020, gold revaluation in post-Covid-19 reality and medicinal de-criminalization of psilocybin, which we’re about to LAUNCH A CRUCIAL ALERT on, I want to make sure you’re aware that our 3-yr long SHORT POSITION In Hertz, highlighted here FIRST, when the share price was over USD$9.00, is now a perfect trade to exit. The company has gone bankrupt. The gains are IN EXCESS of 80%!

In December 2018, central banks UNDERSTOOD that they were cornered, probably FOR GOOD.

In their attempt to restore NORMALIZED INTEREST RATES, which many Wall Street veterans had complete faith in and thought would only INTENSIFY GROWTH and lead to greater confidence and gains, were completely, utterly 100% WRONG and central banks FAILED.

The Federal Reserve got SLAPPED ON THE HEAD by the markets. Smart Money told Jerome Powell that he was DREAMING, if he thought that after 10 years of zero rates, the bankers could just tell everyone BYE-BYE and get back to real economics.

It was the WORST DECEMBER in ages; for decades, the last month of the year hasn’t been THIS HORRIBLE. 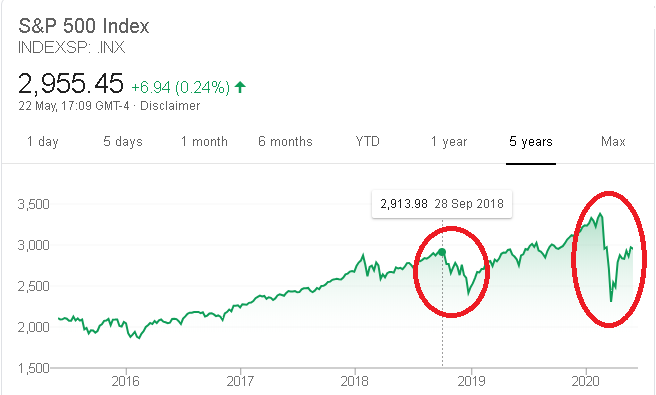 Basel-III was BIRTHED, thanks to this market reaction, in our opinion. Central banks understood that investors only value stocks at HIGHER MULTIPLES, since only zero rates work for households, small business and Corporate America. Raising rates, in other words, would prove the failure of our current credit structure.

Raising rates will WITH 100% CERTAINTY lead to a terrible wave of corporate defaults, layoffs and a recession.

The bankers FOLDED TENT on the interest rate hikes and did a FULL U-TURN; the market had said its piece and was STRONGER than central planners assumed it would be.

Four months later, in April 2019, when realizing that rates could NEVER GO UP again, the whole perception of the worth of gold reserves suddenly became clear.

If rates stayed NEAR ZERO from here on, the risk of inflationary shocks will RISE EXPONENTIALLY.

Immediately, they re-designated gold to a tier-1 asset; this is called Basel-III and gold’s spot price was $1,292 on the day it was announced.

A tier-1 asset is measured at its FACE VALUE, since it is a SAFE HAVEN. In other words, gold was RE-PRICED by a factor of 2:1, since as a tier-3 asset it was worth only 50% of its open market price. Instead of $1,292, the Bank of International Settlements BROADCASTED THE SIGNAL that one gold ounce ought to be worth $2,584.

From today’s price, there’s still a 48% UPSIDE POTENTIAL. This is before central banks and Congress just SPRAYED THE PLANET with cash, following the Covid-19 SCARE! 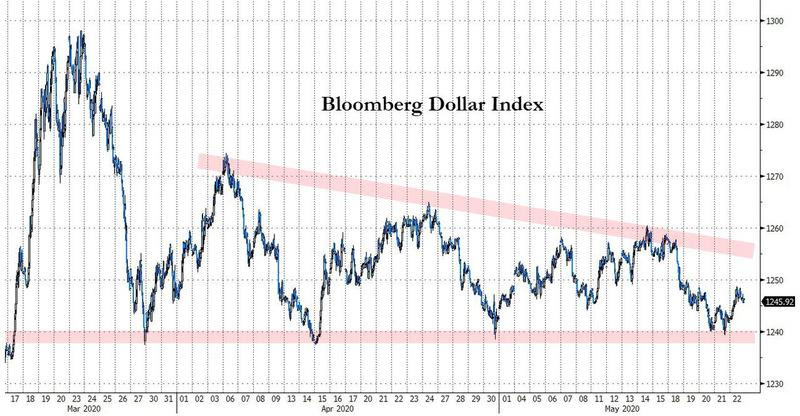 From a TECHNICAL ANALYSIS perspective, the dollar is trading in a triangular range, with a BEARISH MOMENTUM that could break below support by roughly 3.1% from here.

You can now understand why there are LEGITIMATE CONCERNS that gold will soon be the world’s true monetary unit of account again, not the dollar.

Revolutions like these RARELY HAPPEN. I am incredibly excited about what could emerge in the months ahead, since I don’t believe the threat of banning is real, but it does shine a POSITIVE LIGHT on precious metals.

Right now, my attention is SPLIT BETWEEN precious metals and the WORLDWIDE GROUND FLOOR trend emerging from North American scientific capitalists, who are working on ways to de-criminalize and legalize psilocybin for MEDICINAL commercial use-cases. We have a ONCE-IN-A-LIFETIME short window of opportunity to POSITION IN first, before any of the 50 states makes their move.

Investing in one of the handful of available publicly-traded companies in this sector now is EQUIVALENT to being early on E-commerce with Amazon.com in the early 2000s, or investing in oil at the turn of the 20th century, before automobiles came on the scene and created OIL BILLIONAIRES.

I’m 100% CONVINCED that being LASER-FOCUSED on this trend right now is going to be worth MILLIONS OF DOLLARS for investors who do this wisely.

Peter Thiel, co-founder of PayPal and one of Facebook’s EARLIEST angel investors, is already positioning. “Mr. Wonderful,” Shark Tank’s Kevin O’Leary is also involved in the industry, since O’Leary and Thiel both understand that LEGALIZATION creates generational wealth.

The BIG MONEY is in finding a company with a DURABLE COMPETITIVE ADVANTAGE and I’ve uncovered JUST THAT!

Expect a CRITICIAL BULLETIN from us; I’ve dropped everything ON MY PLATE to be all over this, and am preparing to publish the data after turning every rock on this deal.

Disclosure/Disclaimer:
We are not brokers, investment or financial advisers, and you should not rely on the information herein as investment advice. We are a marketing company. If you are seeking personal investment advice, please contact a qualified and registered broker, investment adviser or financial adviser. You should not make any investment decisions based on our communications. You should know that we have been paid two hundred thousand dollars and received twenty five thousand stock options with an exercise price of fifteen dollars and ninety three canadian cents by First Majestic Silver Corp. (AG) as consideration for a one year digital marketing campaign, which includes this communication. You should know that that we intend to exercise options and/or sell shares in 2020. We will only sell shares after a minimum of thirty days after an email marketing campaign. In the past, AG has compensated us (and/or our affiliated companies Future Money Trends and Gold Standard Media) a total of sixty five thousand dollars (in twenty eighteen) and twenty five thousand dollars (in twenty seventeen) for prior, now concluded, marketing campaigns. We also currently own an additional seventy five thousand Options of AG with a conversion price of ten canadian dollars and eighty four cents (twenty five thousand), nine canadian dollars and one cent (twenty five thousand), eight canadian dollars and thrity one cents ( twenty five thousand), which we received from AG in connection with our prior work.Our stock profiles are intended to highlight certain companies for YOUR further investigation; they are NOT recommendations. The securities issued by the companies we profile should be considered high risk and, if you do invest, you may lose your entire investment. Please do your own research before investing, including reading the companies’ SEC filings, press releases, and risk disclosures. Information contained in this profile was provided by the company, extracted from SEC filings, company websites, and other publicly available sources. We believe the sources and information are accurate and reliable but we cannot guarantee it.