All major indices are in a correction (10%+ top to current) and, if you’re cashed-up, this is a beautiful opportunity for you to BUY THE HORRIBLE DIP! I know of no better way to make a fortune, build wealth and become ultra-successful than to be willing to LOOK LIKE A FOOL for a few weeks, in order to look like a genius forever!

Investors had bid-up stock prices, pricing the next 4-5 years of growth into them, sometimes pricing even a FULL DECADE of growth and now, reality is sinking in.

If higher interest rates, lingering inflation and the FED selling and unwinding its portfolio weren’t enough to bring on the worst January in the stock market’s history, Putin is really preparing for war, with troop sightings in Russia, the Ukraine and across the Baltic countries, as well as U.S. troops.

We all know Biden’s pullout of Afghanistan was a signal to the world that Americans are fed-up with war, making Putin’s decision to infiltrate Ukraine much simpler.

The retail public is completely panicked, broke and without direction; they’re stunned at how this happened on their watch! 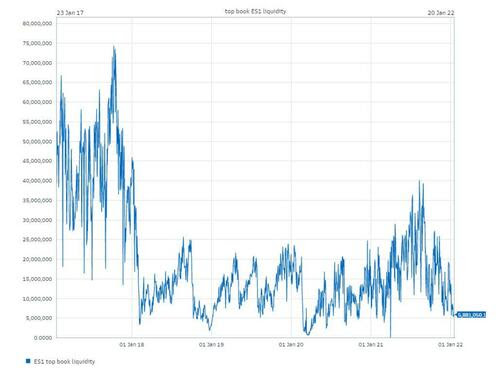 This is a different situation that in 2018, when the markets threw a feat, when Powell kept raising rates, up to 2.25% because the FED hasn’t even begun to hike. This is different than 2020, when governments literally shut down the global economy, while deaths were reported on the news 24/7. This is different than in 2008, when the entire banking system was about to collapse and it’s different than in the dot.com bubble, but not by much (the S&P 500 has not reason to plummet like it did back then — consider that a worldwide pandemic-scare caused a -35% craziness)!

It felt the same, in terms of how outrageous some of the valuations had reach, but the markets are way different today, certainly much cheaper and what I personally see, are the following: 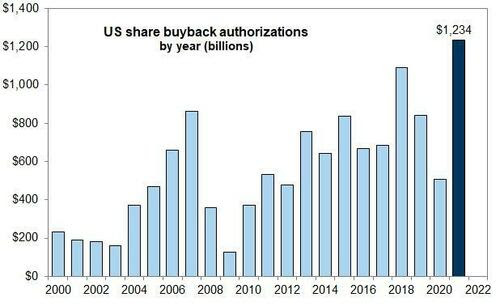 As you can see, corporate buybacks were the biggest player in 2021, so the fact that in these past three weeks, they were not allowed to buy was, in hindsight, a major warning sign!

Other bullish catalysts all won’t matter, until the markets see a clear sign that Biden is AWAKE.

When this happened in December 2018, Trump, Mnuchin and Powell were vocal, reassuring Wall Street, but after with my hedge fund manager, I can tell you that the sentiment is that Biden is weak and Wall Street doesn’t think much of him. 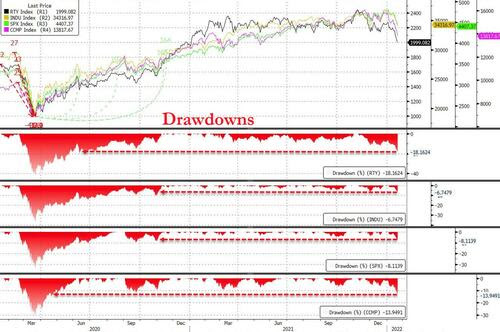 All major indices are in a correction (10%+ top to current) and, if you’re cashed-up, this is a beautiful opportunity for you to BUY THE HORRIBLE DIP! I know of no better way to make a fortune, build wealth and become ultra-successful than to be willing to LOOK LIKE A FOOL for a few weeks, in order to look like a genius forever!

No one else is buying…