KILL ZONE: FED Takes Us Over The EDGE!

KILL ZONE: FED Takes Us Over The EDGE!

*** VITAL UPDATE: Before sinking your teeth into today’s letter, which deals with the outlook for the second half of 2018, I wanted to make sure that you are fully aware that Globalive Tech (TSX-V: LIVE) now trades on U.S. markets as well, under the ticker symbol (US: LVVEF). This is our No.1 stock of 2018, bar none. Make sure you research the company thoroughly now! ***

This is certainly not a value investor’s dream. We have been enjoying a bull market in real estate and U.S. equities, almost uninterrupted, for nine years and three months.Opportunities are few and far between.

In fact, in my Wealth Stocks Portfolio, which makes up close to 63% of my total net worth, I’m finding it harder and harder to find world-class dividend raisers, trading at discounted multiples.

So far, in 2018, I’ve been building positions with Kimberly-Clark, General Mills, and Owens & Minor, but in a universe of 1,238 stocks, which our proprietary database is monitoring, 1,193 are either fairly valued or overvalued.

Remember, the biggest gains are made when buying after major corrections or sustained bear markets.

In February, the S&P 500 experienced its first major correction in years – it had caused psychological damage to retail investors, lured into buying stocks in early 2018, after shying away from them for the majority of the decade.

I’m bullish again because the economy is now primed for a major stock market rally, the last big one, before the cyclical top hits.

As Wealth Research Group outlined many times before, our forecast for the Dow Jones stands firm at 36,000 points, a 43% move from today’s price.

The NASDAQ, which we see as the best of the three, has a 56% upside potential, putting our projected price at over 12,000 points.

The coming months will prove to be the base of this rally, which will intensify in 2019 and will probably end in in late 2019 or early in 2020.

Militarily speaking, a Kill Zone is an area entirely covered by direct fire in order to trap enemy forces and destroy them swiftly. At investing, it is the period, where the largest gains can be made in the shortest timespan with the least amount of risk. It’s financial magic.

Here are the underlying facts, which put us in the Kill Zone right now:

<pTake a look at where we are today: 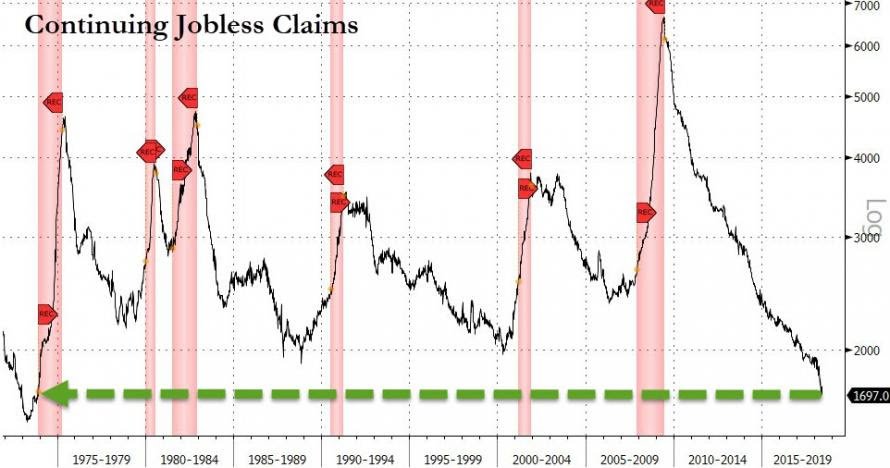 We are in the clear, in that regard, as the last data published shows the U.S. has struck record low numbers of jobless claims being filed.

With the upcoming expansion in the number of states to fully legalize cannabis and with new jobs openings in the blockchain and Artificial Intelligence industries, companies are hiring at this time.

Couple this with the fact that inflation is rising, but not out of control, and you’ll realize that Main Street America is making a comeback.

We’re already seeing silver trading above $17 and gold hovering above $1,300, as we predicted this past Sunday, but the commodities sector rally hasn’t even made its presence felt.

We’re in the Kill Zone, same as we were with cryptocurrencies in 2017. In 2018, though, the money is elsewhere.

It’s all about A.I., blockchain, and cannabis legalization this year – a trifecta, and we’d be wise to bet big on these three horses.