Virtually all major U.S. corporations have been reporting record guidance and sensational earnings outlook, so the market, for a while, wasn’t climbing a wall of fear anymore.

That’s always a sign that a correction is close. Markets thrive on pessimism. Between 1932 and 1935, when no one could find a job, stocks rallied.

What stocks hate, though, are surprises. Tariffs shocked the market, potential trade wars put investors on edge, and the next data, which could be meaningful, is CPI stats, due April 11th.

Remember that this bull market has been dubbed, “the most hated in history,” referring to the fact that literally no one believed it would be this strong and last this long.

In May 2017, Wealth Research Group first wrote about the concept of Topping-Off, and outlined that stocks would experience a major correction in 2 to 3 quarters, investors would buy the dip, but the lows would be tested once more.

There aren’t many buying opportunities left, but the market isn’t expensive, either. To me, as a contrarian, it means that the last and final leg of this bull market is ahead of us – not in our rear-view mirror.

One of the best ways to get an early indication of where inflation is headed is to track closely the comments made by CEOs of consumer staples businesses.

I’ve dissected and analyzed statements provided by 4 of the largest businesses in the world, from daycare to food items, and they have all taken a beating, due to rising labor costs and commodity inflation.

They are feeling the pressure now and will begin to pass on those costs to the retail price.

The Federal Reserve will keep raising interest rates because otherwise, inflation levels might spike, but higher rates will, at some point, make CEOs think twice about using debt to buy back shares.

Don’t forget, for even a second, that share repurchases, via low-interest rate loans, have been a critical factor in making this bull market what it is. 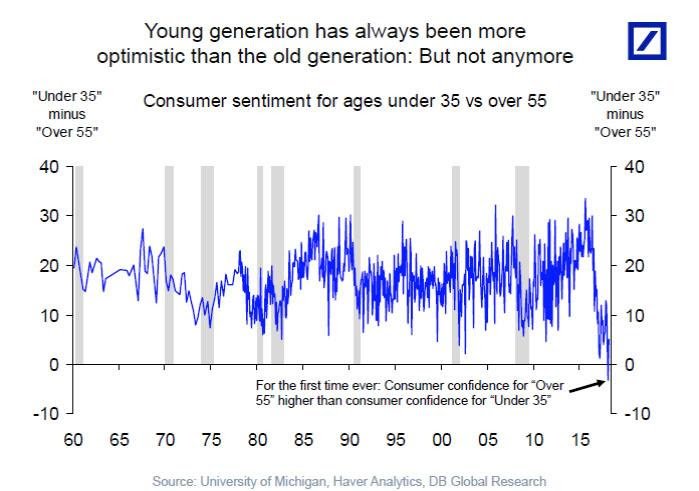 As Wealth Research Group wrote on Sunday, America is changing.

Optimism is a crucial component of a nation or a society.

For the first time since the University of Michigan began polling, younger Americans are baffled by the prospects of living a good life in the land of opportunity more than their parents are.

Optimism is so essential to life as a community that its lack writes itself out of everything it touches.

Lack of tolerance pursues, then fault finding, and the last stage is a full-blown separation between classes and generations, if optimism is lost.

I have spoken with many young Americans in Costa Rica, where I’m spending time currently—college graduates, who are living at home in order to save money, postponing marriage and putting-off having kids into their late 30’s.

The future of growth and consumption is obviously in Asia, not America – no one is arguing that, but this doesn’t mean that you, as an investor, need to invest in foreign equities.

On the flip side, if the U.S. keeps pursuing protectionist policies, thus boosting its internal manufacturing hub, at the expense of imports, then U.S.-centered companies will thrive as well.

Therefore, Wealth Research Group is now creating two large watch lists of Wealth Stocks, which are the businesses that every portfolio should be loaded with, since these companies thrive in all economic conditions. One list would comprise of U.S. stocks with large international presence and the other list will include stocks that mainly transact domestically. 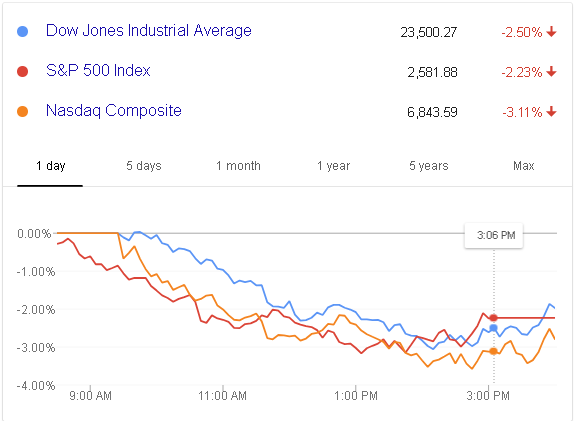 Yesterday’s performance wasn’t a one-time event. 2018 will see bigger sell-off days; each time the need to hedge bets will become more significant, and thus the price of gold will keep rising.

2016’s incredible rally for gold equities was simply caused by the short covering from major institutions.

Wealth Research Group sees the return of the conditions, which led to that epic boom.

Remember that one of the major behavioral themes we saw last year is that silver investors bought cryptocurrencies. Now, they’re changing their tune, and this is adding to the strength.

At the end of the day, the resource sector is incredibly small. It doesn’t take much to light it up. All that is needed is a relatively small inflow of Wall-Street money, and you’ll hit “Refresh” every second, as these share prices will rise sharply.