Find Your Strength In Numbers

Between 2010 and 2013, after Michael Schumacher’s era had ended, Formula 1 was fertile ground for a new champion. Little did anyone know that another German driver, one who saw Michael winning Grand Prix races from his television, and hung Schumacher’s posters on his bedroom walls, would dominate with a Red Bull car, clinching four consecutive world titles. He was the youngest-ever champion, holds the record for the most consecutive wins, and is considered one of the greatest racers ever.

His fatal career decision proved to be moving from Red Bull to Ferrari, pursuing the same glory that his idol achieved and winning a world title with the Italian manufacturer.

He came close for several years on end, but blew his peak performance years on his project, when his chances of fighting for titles were far more likely with Red Bull, a team that he knew so well.

Champions are like gladiators, fighter pilots, and ultra-competitors, always looking to outdo themselves, to push the limits and get the adrenaline flowing to a state of euphoria, achieved only by climbing the perpetual ladder of difficulty.

Their decisions are often not derived from a logical standpoint, but purely from an emotional one. You can see it again and again with racers and athletes who feel the itch to come out of retirement and stage epic comebacks – but rarely do these work, since sports at the highest levels is an art and a science requiring a complete obsession, and a life devoted only to one objective.

Most people can’t reach this level of commitment; they simply are not willing to sacrifice so much in order to realize a specific dream.

When my father unfortunately lost everything he had (financially speaking), I became so focused on achieving material wealth that I devoured books, watched endless podcasts and attended an insane number of conventions and conferences. I sacrificed thirteen years of my life to go from zero to where I am today and paid a great price; my life was as narrow as it gets from the age of 21 to the age of 34, and I learned about limits, capacity and time management.

Hunger, in pursuit of accomplishments, is an elusive feeling and must inspire one to act immediately, and capitalize while it’s there. 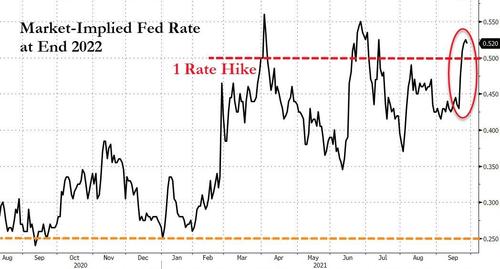 Silver is hungry for a bull market; it is suffering a brutal down year, because the dollar is surging in 2021 on rate hike fears, China fears, bubble fears, healthcare crisis variant fears, debt default fears and recession fears. This year’s dollar boom is, in my opinion, unjust.

Its chances of pulling a comeback are high; Wealth Research Group is positively convinced that the FED’s taper pipedream will be short-lived.

The global economic system is not designed for currency to carry interest anymore.

We believe that once Wall Street comes to terms with this, the rush into silver will be so monumental that generations later, investors will study the paradigm shift that occurred.

Silver is cheap, and like a champion, it won’t give up! 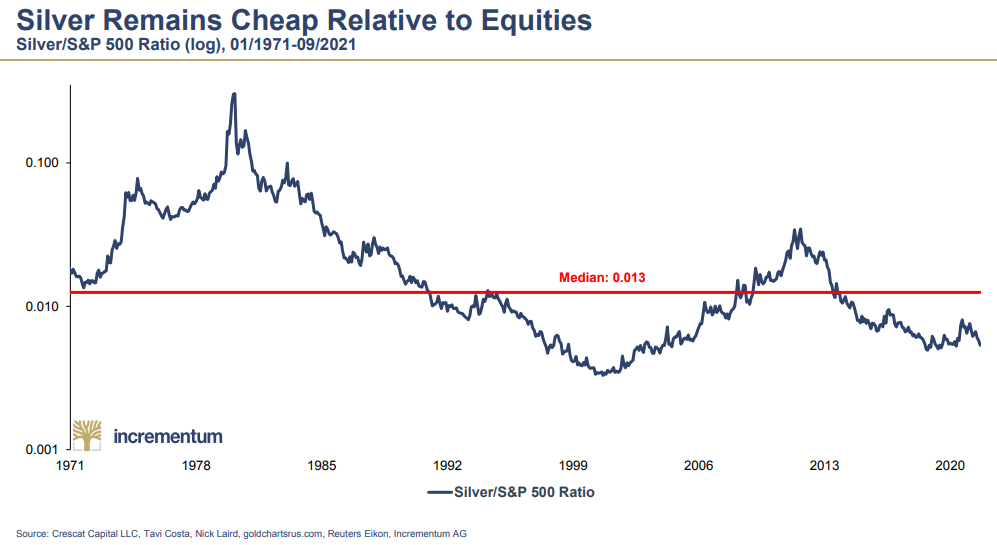 We are not securities dealers or brokers, investment advisers or financial advisers, and you should not rely on the information herein as investment advice. We are a marketing company and are paid advertisers. If you are seeking personal investment advice, please contact a qualified and registered broker, investment adviser or financial adviser. You should not make any investment decisions based on our communications. Examples that we provide of share price increases pertaining to a particular Issuer from one referenced date to another represent an arbitrarily chosen time period and are no indication whatsoever of future stock prices for that Issuer and are of no predictive value. Our stock profiles are intended to highlight certain companies for your further investigation; they are not stock recommendations or constitute an offer or sale of the referenced securities. The securities issued by the companies we profile should be considered high risk; if you do invest despite these warnings, you may lose your entire investment. Please do your own research before investing, including reading the companies’ SEDAR and SEC filings, press releases, and risk disclosures. It is our policy that information contained in this profile was provided by the company, extracted from SEDAR and SEC filings, company websites, and other publicly available sources. We believe the sources and information are accurate and reliable but we cannot guarantee it.Please read our full disclaimer at WealthResearchGroup.com/disclaimer​