DROP YOUR WEAPON: Gold’s OUT OF BREATH!

Exactly one week ago, on Sunday the 9th, I issued this type of CAUTIONARY TALE, and the following day was the WORST SELL-OFF in silver since the Lehman Weekend, and gold’s worst day in a decade.

Bulls rushed in, bought the dip and proved that the bull market is definitely INTACT, but they’ve also proven that the metals are probably OUT OF AIR, after such a tremendous quarter.

Am I selling my holdings in the mining sector? NO. Am I CASH-READY, anticipating opportunities? YES, big-time. 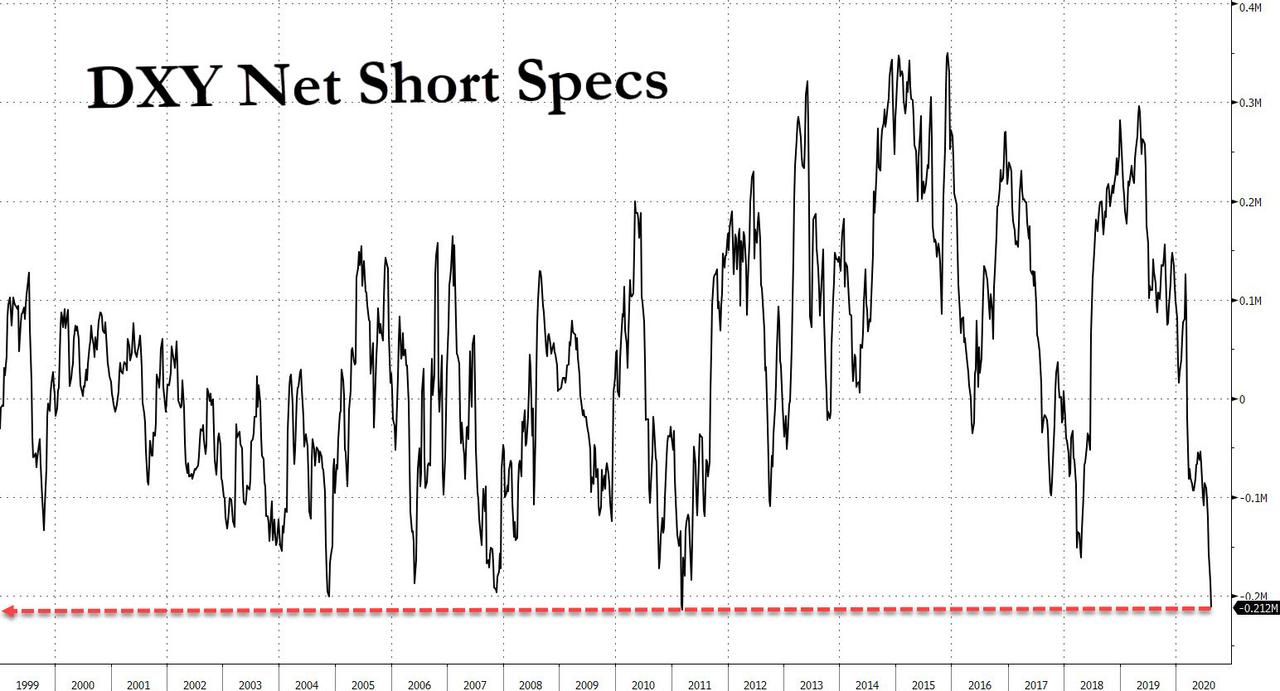 As you can see, from 2011 and until 2018, speculators were MOSTLY LONG on the dollar. As recently as Mid-2019, they loved it, but the Basel III regulations, which came in April 2019, changing gold’s designation to a TIER-1 ASSET (a subject that I’ve spent considerable time covering), has marked the bottom for gold.

On April 1st 2019, gold was worth $1,291, yet the Bank of International Settlements decided that it’s probably worth DOUBLE THAT, since it allowed banks to treat it as collateral for 100% of the risk, instead of 50%.

On that day, the international community unofficially DEVALUED USD.

The price has REACTED QUICKLY and gold is up more than 52.4% since that announcement.

What the MARCH PANIC showed is that central banks will NEVER LET the system die of implosion; they will initiate the reset themselves, by renegotiating new terms for a 21st-century monetary basis.

That kind of BAILOUT ACTION was them showing their cards, no secrets left and no stone left UNTURNED.

To us, this means that gold is essential to own. Personally, I’ve calculated how much cash our family spends in a given month. I then multiplied that amount by 24 (so two years of expenses) and converted that much into physical gold and silver (50/50 dollar amount split between both metals).

If a real panic, not a media-driven market panic like in March, but a lasting depression in which a GENUINE RESET occurs, I’m covered, at least in terms of purchasing power.

The beauty about gold is that it DOESN’T EXPIRE like canned goods, nor does it just sit there depreciating like other utilities. It appreciates, so it’s smart to own it.

A SECOND LAYER of protection could be to own real estate in another jurisdiction, most likely in the Southern Hemisphere or on Western Europe’s coast. These properties could be rented out for the time being, but if need be, could be converted into a temporary home, should America go through a LENGTHY RESTRUCTURING, especially if one is working from home.

Think big and outside the box; life is full of drama.