This year will end with the entire world population understanding how important it is to use position sizing. I know many people today don’t believe in the power being humble and open – we have become a very “I have learned all there is to know” society. 2016 will prove that flexibility still rules the world. The thing to do is not to deny this fact, but to prepare for it. Since there are many who doubt, allow me — since I have researched the matter in-depth and have seen firsthand the devastating effects of over-confidence mixed with ignorance — to bring to light the following facts. Gold is 2016’s best-performing commodity. In fact, it’s the best-performing asset thus far. The reason is because we are seeing central bankers using their authority as issuers of currency in a most inappropriate manner. To be fair with them, they don’t know what they are doing. It’s not like there’s a university degree in “central banking.” There’s no guidebook; you make the rules as you go along. It’s one of those “learn on the go” sort of jobs, only that this one has the potential to start international wars, inflation, deflation, famine, shortages, crises, civil unrest, value destruction, savings loss, panic, and death. That’s why gold is gaining in value in all the world’s currencies, and breaking all-time records in a number of them. 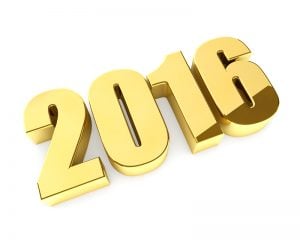 Gold bugs are having their best year in a while. After 4 years of frustration and anger, they are partying in the streets right now. I have come to the conclusion that gold bugs are amazingly honest people. They have incredibly big hearts. Deep down inside, what they really want is to live in a world of justice, a world that makes sense to them. The reason they are so in love with the yellow metal is because it brings them peace of mind. It is humanity’s ultimate equalizer, and they want to level the playing field. The world, in their eyes, is “rigged” and unfair, and until that is fixed, they cannot be expected to succeed and prosper. That’s why they simply hate central bankers, and I believe gold bugs secretly hate any force applied to them by government. The main characteristic of a gold bug is his desire for the end of so-called corruption. They are sticking with the metal through thick and thin because it represents the reflection of their own character. They believe it’s their proof that they are right, that the world has a “fake” economy, run by “fake” policy makers, filled with “fake” jobs, and everything is paid for with “fake” paper currencies. They don’t want to “play” the “fake” game, and think they are not really a part of it. The only thing that’s real is their mascot — “real money” — gold. They believe that there will be a day of reckoning, when the “fake” world and all the blind people who live in it who haven’t seen the “real” world will know that gold is the one true money. That day will be when all the “fake” and corrupt aspects of society will plummet and crash. Then they will say “I told you so.” Oh boy, they would love that. It looks like 2016 is off to a promising start for them, then. I would rather concentrate on the facts, though, because facts represent reason. Opinions, on the other end, provoke emotions, and emotions, in investing, are a curse. Since 1802, which it is safe to say is quite a lengthy period to use as a reference, the price of gold has achieved an annualized return of 0.7%. That means that every $1 invested has compounded to $4.52. It’s not a reason to celebrate, to say the least. Just to put that in perspective, that same dollar invested in the stock index would be worth $704,997. Now that makes me drool. Gold has been called an inflation hedge, yet in the last 204 years, we have experienced inflations and the charts and statistics don’t show a clear connection between these two factors. What we do see is that it’s a great metal to own during times of negative interest rates. That’s when it really shines. Those times are rare, and are usually indicative of larger problems. And it is during those rare time periods that people prefer to own gold, which, though it doesn’t return a yield, it doesn’t erode in the face of inflation and negative interest rates. In other words, it is better than cash or bonds. So gold is shining this year again, with the world’s central banks taking government-issued currencies, known as fiat currencies, to record-low interest levels, and issuing even more currency units. Gold bugs have a real reason to smile. You should own gold today, and it is my guess that the mining industry — which creates huge fortunes 10% of the time and huge bankruptcies 90% of the time — is in that 10% of the cycle right now. Since it is only my opinion, I believe now is the time to speculate and enter this sector carefully, allocating 1%-3% of your portfolio towards it. Gold will keep on trending up in the face of this negative interest-rate environment. As a side note, gold is the metal to own in crisis situations as well, but so is silver, which is now about 1:80 of the price of gold, and is easier to trade for everyday items, if we ever see this day of reckoning. Gold and silver, then, are your insurance that you wish you never have to use, but you can’t be too careful. 10% of the time, they are your ticket to fortune, provided that 1%-3% of your portfolio is enough to make life-changing profits. If not, then it’s still effective to turn $5,000 to $50,000. No one ever died from that.

Oil is the 2nd factor that plays a role in 2016, and where your flexibility can serve you. Oil has plummeted in price, and is now trending up a bit. It doesn’t mean a thing in the long-term, though. OPEC countries are talking about cutting production, but even if they halt production at current levels, the number of companies that are leveraged (meaning that they are sinking in debts and loans) is truly astonishing. The world has enjoyed the revolutionary shale oil boom, which will continue to make all of us happy to pay less at the pump, and allow us to spend more on other items, or save and invest. In other words, cheap oil is a lot of trouble in the short-term and a genuine blessing in the long-term. What I suggest is to understand that the best way to profit from cheap oil is to invest only in the most disciplined managements that are profitable even now, who are not cutting their dividends. In fact, by investing in them, you are allowing their managements to use cash and acquire phenomenal assets at bargain prices. Another way to invest in cheap oil, which is here to stay for years to come, is to invest in the American consumer, who will have more discretionary income to spend. Low energy prices are again great for the mining industry, and for that matter, any energy-intensive project. Any business which has to pay less for its oil costs is directly improving its bottom line.

In other words, cheap oil is a lot of trouble in the short-term and a genuine blessing in the long-term.

Trend of the U.S. Dollar

Now, let’s talk about the dollar – the U.S. dollar. I will not be shocking anybody when I say that if you look at charts, the dollar is crushing the world’s major currencies. This is because the U.S. dollar is what you are left with when you liquidate assets. Right now, businesses are holding off on new investments and are liquidating bad ones. They are also closing down debts, while emerging markets are slowing down, and thus aren’t borrowing dollars. When governments, businesses, and individuals aren’t borrowing dollars, they stay as dollars in the system instead of being converted to goods. That increases their value, causing credit deflation. The U.S. dollar could continue to rise substantially in 2016. In fact, it is quite certain. The central banks can’t lower interest rates much more (as covered earlier) and they can’t force governments and businesses to borrow funds. You and I will see an increase in the spending power of the dollar against major currencies going forward.

So, you see, position sizing will play a major role in 2016. My suggestion is to own gold and silver coins as a physical insurance, with 2%-4% of your net worth. Hold lots of cash to be ready to take advantage of opportunities when stocks get cheaper (and they will), and even hold cash outside the banking system, like in a stash (90 days’ worth of expenses. You never know, right?). Study the mining sector carefully to find the most competent management teams. In mining, people are the key. The product is the same, right? With gold and silver, it’s the people that make the discoveries, attract financing, bring the mine to production, and reinvest the profits. Lastly, if you decide to invest in oil companies, go for the best of the best. Their dividend yields are insanely attractive at the moment, if they can keep paying them and grow them.

So, now do you believe in position sizing?

Until next week,
Take life easy and yourself seriously.