GRAND FINALE: My Next MOVE!

GRAND FINALE: My Next MOVE!

On Friday, I told you that I would be sharing with you, for every 60-day period, exactly which Wealth Stocks I’m investing in and at what price.

I want us to become wealthier together. My Dynasty Portfolio, which is comprised solely of Wealth Stocks, makes up close to 71% of my net worth, so it’s imperative to me that, going forward, you have the opportunity to grow your wealth, alongside me.

The strategy is straightforward – every year the market makes a mistake even with the best businesses, 4-6 stocks usually, which have a clear competitive advantage and a robust outlook, are either undervalued or offer outsized returns, in the form of franchise growth.

As you know, hedge funds charge fees, which a butcher would be ashamed to call fair, to be able to deliver 12%-14% annually. With the companies I invest in, my minimum requirement is a realistic 18% a year, so we’re only going to find a handful of them.

Once I invest in them, I wait for the quarterly dividend and reinvest the proceeds to buy additional shares. That’s called compounding, and in 20 years, it will allow you put your legs up, enjoy a quality book and hot tea, while watching the snow from a Swiss ski chalet, warming-up by the fire, because passive income will be raining in.

On the third Thursday of every even month – February, April, June, August, October, and December, I’ll publish the details and update on any existing positions.

This is going full circle for me, as 18 years ago when I just envisioned the day that dividend payments would be large enough to finance an epic lifestyle, I vowed to pay it forward and share the strategy.

Today, Wealth Research Group transcends to the next level.

I’m currently in Fontana, CA, at the Auto Club Speedway, flooring the gas on a McLaren 570S, a Porsche 911 GT3, and an Audi R8, admiring the force and accuracy of world-class engineering and getting ready for an epic second half of 2018, as the grand finale of this current economic expansion also kicks into sixth gear.

I’ll be adding to my existing position in one particular stock, and I want you to understand that, as long as this business continues to grow, pays a uniquely sized dividend, and retains its moat, the strategy is to compound by buying more shares, while it is undervalued.

The intrinsic value of this stock is $27.44 per share, yet it trades for $17.80, which means that there’s a sufficient margin of safety for us.

Its market cap is $1.1B, which is precisely where I like to initiate a long-term position, before it ever becomes a slow growing blue-chip.

In the healthcare sector, which is highly recession resistant, there are only around 200 dividend-paying stocks, and out of them, there is only a handful offering close to a 6% yield!

This is not a small-cap opportunity – it is a Wealth Stock, a “boring” logistics business, which is just my bread and butter for wealth accumulation and building a dynasty.

Blackrock, the world’s largest asset manager, with $6.3T AUM (Assets Under Management), owns 10% of the company. The Vanguard Group, the world’s largest mutual fund conglomerate holds an additional 10%, with Dimensional Advisors, an Austin, TX based private fund with $600B under management, owning 6% of the shares.

In other words, three of the most accomplished investment houses in the world own 26% of it.

As you know, Peter Lynch, the legendary fund manager, who was able to manage a portfolio of 2,000 stocks simultaneously and generate a record-setting 29.7% for the duration of his 13-yr tenure, has become synonymous with mythical status –all serious money managers study him.

The stock that I’m buying could, for the next six years, return an equivalent yield of 29.7%. Then, I expect it to continue returning around 16%-18% for another decade or two, as the Baby Boomers supply the backdrop of its growth, along with their international expansion plans.

Owens & Minor (NYSE: OMI) is a healthcare logistics company that dates back 136 years and went public in 1971.

One thing I love is that it has barely scratched the surface regarding international markets, which are responsible for only 4% of total revenue, while in the U.S., it has managed to prove its dominance, so I know they are bullet-proof.

Management has aggressively made acquisitions in recent years, which allow the company to accelerate growth – in today’s environment, where CEOs are pissing their pants regarding buying other businesses, instead of buying back shares of their own company, I love that these decision-makers are crippled.

The only reason, though, that this stock is ranked No.1 on my screen is a low price-to-earnings ratio of just 8.4. This is the basis of this trade.  In the next six years, if the stock reverts to the mean and trades for a P/E ratio more in line with its historical averages, being a Fortune 500 company, the price appreciation alone would be close to 16.6% a year.

Marry that with the current 5.8% dividend yield, and you’ll see why Blackrock, Vanguard, and other major institutional holders are positioned – 22.4% is a rare opportunity. Buffett, in his hey-day, has been able to produce 19.7%, so this is a rare moment with such a low-risk company.

Internally, the growth in earnings per share, on the conservative side, is easily 7.3% in the coming years, which is much lower than what analysts covering the stock are projecting, but I want to be on the safe side. Now, combined, this makes the total return potentially 29.7%, a Peter Lynch crown jewel.

It’s a Big Kahuna, dealing with world-class players, as its suppliers and customers:

Tomorrow, I’ll be buying shares and will continue to do so every month, consistently, until shares trade for $19.5, which is as high as I’m willing to go.

The next Wealth Stocks update is scheduled for August 23rd, 2018.

This is a new chapter for us, as I continue to open up the doors to my investment philosophy and feel more inspired than ever to publish the most essential information for you.

Understand that investing with the best is a prerequisite for success, and Owens & Minor (NYSE: OMI) is a clear dominator: 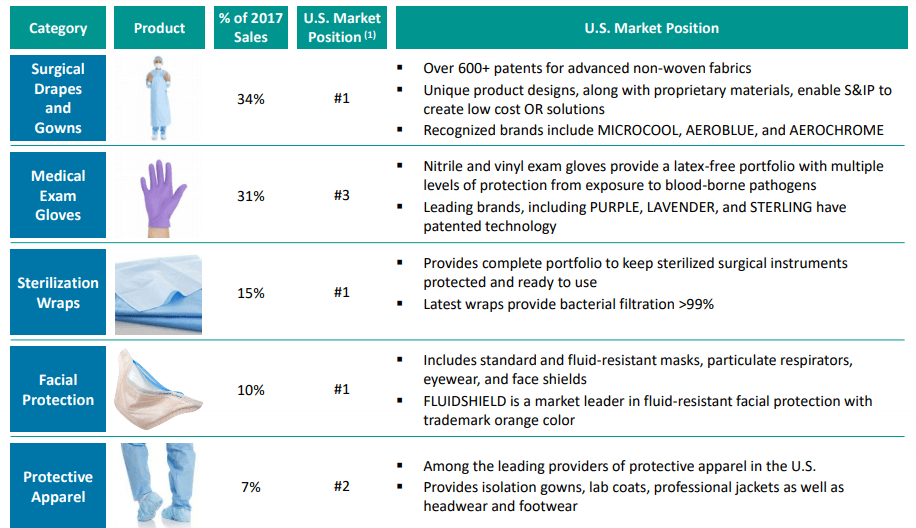 35 years ago today, my parents decided to build a family dynasty and I was conceived. 18 years ago, I committed to building an investment dynasty by paying it forward, and this is the next step in the evolution of this mission.
Best Regards,