Lieutenant Dan has to be one of my favorite movie characters. If you have not watched Forrest Gump, the iconic film from the mid-1990s, it tells the story of a character, played by Tom Hanks, during the time of the Vietnam War and its aftermath.

In it, Gary Sinise plays Gump’s commander in Vietnam, one Lieutenant Dan.

After the war, which leaves Dan handicapped and in a wheelchair, he tells Forrest, whose IQ is below 80, that if he ever becomes a shrimp boat captain (which Forrest promised a fellow soldier he’d be after they got back home), he’ll be his first-mate.

A tropical storm makes landfall in the very same region Forrest has been struggling to fish for shrimp, and Lieutenant Dan, whose conviction is that he should have died like a hero in the war, is mad at God for his bad luck in life.

He feels that God is testing him and that he must weather the hypothetical storms.

Once the real one hits, he shouts at God: “You call this a storm?”

By default, “Jenny,” the boat named after Forrest’s one true love, is the only boat left standing, which makes his company a shrimping empire.

During that entire storm, the shrimp didn’t go anywhere; they stayed right there, in those same fishing grounds, but competition went away.

The financial markets are the same way; every once in a while, a major storm hits and wipes out those who don’t understand that the shrimp haven’t left.

Going fishing during a storm is risky, but you’re the only one out there doing it. After the storm passes, those who were most prepared win the spoils.

At the moment, gold is under attack on all sides: 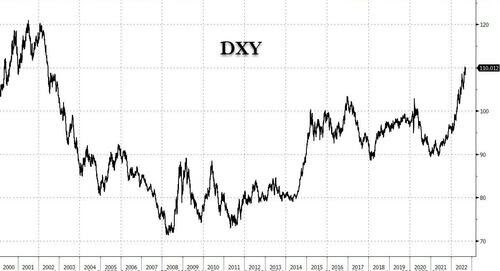 In each of the previous times that the dollar behaved this way, it later proved to be a MAJOR BOTTOM for gold.

If the dollar rises by another 8%, it will actually hit a new all-time high!

This is not the only kamikaze crashing into gold.

The interest rate investors demand from the Treasury for a 2-yr loan is higher than what they’re willing to accept in exchange for a 30-yr loan!

By lending Washington money for the next two years, you’d generate 3.87%, but if you’re risking your money for three decades, you’d only generate a 3.51% annual return. 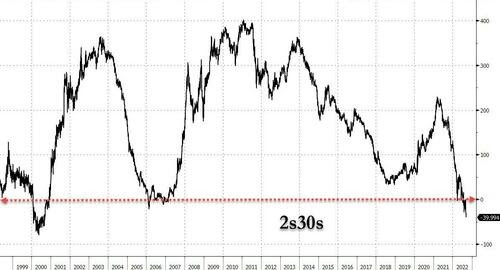 Don’t forget one thing: Gump’s corporation grew to many boats and they invested the earnings in a “fruit company,” which is a joke, since they got in early on Apple Inc.’s growth.

Stormy weather…once the coast clears, be ready to claim what’s yours!