There’s absolutely no doubt that the United States of America has dramatically changed from the country it was half a century ago. The transformation is so massive that once the evolution is completed in ten years from now, you will not recognize it at all.

In the past decade, after nearly 8 million Americans lost their homes in the recession, the restrictive lending requirements imposed by banks caused cash buyers and institutional funds to swarm like ants on the bankruptcy inventory of homes, knowing full well that renters were TRAPPED. The rebound in homes prices back to historical norms has put ownership out of reach for most. The homeownership rate has fallen to about 60% from close to 70%, just 15 years ago. America is beginning to resemble Europe, where the majority are lifetime renters.

By owning real estate, the net worth of Americans has been rising over the centuries, but it’s one equity position that most do not enjoy anymore. The majority don’t buy land, homes, timber or mini-storage units; they do not benefit from neither cash flow or appreciation. 2009 cleared out the path for the rich to capitalize on the housing crisis.

Couple that with the fact that only HALF of middle-class America doesn’t own stocks, which is far less than a decade ago. The rich are, what I call, TRIPLE-DIPPING, which means that they’re enjoying rising wages, real estate equity, and stock market gain, while the majority are TRIPLE-SCREWED, suffering from declining wages, no real estate holdings, and very minimal market exposure.

The United States’ economy is set up to benefit from globalization, not from domestic manufacturing or from its tech dominance. After all, many of Google’s, Apple’s, Qualcomm’s, and Oracle’s employees, for example, reside outside of U.S. borders. Microsoft is spread all over the globe, as well as Intel and Cisco.

Walmart is America’s largest employer, apart from the government. That’s not encouraging.

The acceleration of wealth concentration at the top echelons of society is hard to fathom. In Los Angeles alone, there are $50M homes, while 25 minutes away are people who can’t even make it by. Adapting to the globalization of America has benefited those who made the appropriate switch to their careers, and it demolished the majority who couldn’t zig and zag, or weren’t aware of the process even occurring, until it was too late. 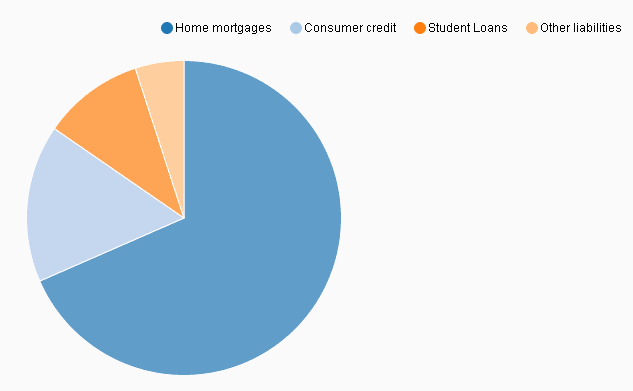 The wealth concentrated with the wealthy is so great that it would put to shame all of the monarchs that have ever ruled the earth.

From 1979 (the year that gold covered the entire currency supply) to present day, the top 1% have gone from earning 9% of the income to 22%. More than 50% of the income growth since the mid-seventies has landed in the bank accounts of the top 1%. Just think about the corporations that are listed in the S&P 500, in which the CEO earns more than 300-times the salary of the average employee. This means that the bottom 20% earn less than 1% of total income.

The problem is that the globalization tide hasn’t lifted all boats. The wealthy have become far richer, while the rest are experiencing an erosion of their net worth. It wasn’t an inclusive wealth creation era in the United States.

In the past decade, the top 1%’s wealth grew by about $16T, which is a third of the equity that was created. Therefore, we’re seeing proposals to tax the rich by 2% (rich being defined as a net worth of over $50M).

Last year, U.S. households owned over $113 trillion in assets. If you spread that evenly, each person will clear just over $340,000. The other main issue is that the baby boomers are benefiting from globalization much more than millennials.

The division is not only between rich and poor, therefore, but between races, various age groups, and even between the 50 states. 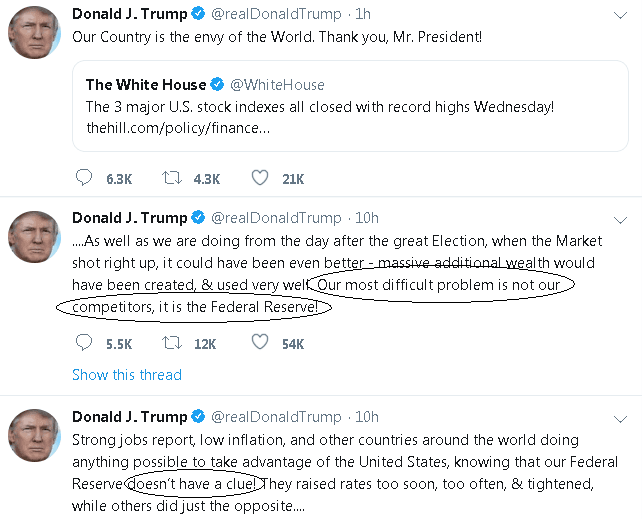 These issues are rooted deeply into society’s discontent with the present situation and Trump is taking full advantage of them. Look at the aggressive language he’s using when addressing what up until recently was considered a sacred cow: the Federal Reserve.

The need to lower rates to zero in order to inflate real debt away is driving this movement. For gold, I’ve calculated that the upside potential from today’s price of $1,399 is more than 600% if the same 750% price gain repeats itself like in the 2000-2011 bull market.

For silver, the opportunity is even more astronomical; especially upon realizing that it’s the ONLY commodity in the world that is priced for less than it was in 1980.

You will not recognize America 10 years from now. I expect the millennials to plead to the government for some sort of a baby credit – same as the Boomers receive Social Security and healthcare. I also expect the rich to be taxed, which will probably prompt them to find shelters and hold their wealth in corporate structures, instead of as individuals.

The reality is that income inequality kills societies and the U.S. is the most divided of all developed nations.

The next recession will no doubt expose the pain of the masses. The result will be money printing, not austerity measures. Silver will SKYROCKET – IT’S MY LARGEST BET!