Pope Must Have Known

The world of quality content and entertainment has never been as amazing as it is today. Literally, the vast number of masterpiece documentaries out there is mind-boggling, and if one is well-made, it offers a glimpse into pure truth, which is an incredibly valuable thing.

To know what people really think about something, they must feel open about sharing it and almost need to sense that there’s nothing to hide anymore… nothing to lose… sadly, this often is the case only decades after-the-fact. This means, for example, that when Putin’s diaries or internal conversations come out, it will be 2050, but a few days ago, Netflix did air a documentary about a case I had long heard about, but couldn’t understand fully.

The case is about the famous disappearance of Emanuela Orlandi. Today, some forty years later, the truth is still elusive. Even now, whoever knows what happened to her hasn’t revealed it to the world and, most importantly, to her family.

Emanuela was a fifteen-year-old girl, living with her family inside of Vatican City, which is an entirely independent state within a state located in Rome.

Her family was employed by the Vatican under seven different popes… they were one of only a few secular families housed within the walls.

Her father was a low-level employee of the Vatican Bank and Emanuela was a schoolgirl, studying at a music school located outside of the walls, in Rome itself.

One evening, she calls home and says she’ll be back late, since a woman offered her and a friend to sell Avon products and she was interested. This was the last time she would ever speak with her family.

From here on, the documentary begins to explore what happened to her, who did it and for what motive.

At the heart of the matter is the Vatican, shrouded in secrecy and obsessed with its public image. After the producers had spent years making this one, interviewing the actual people who say they were involved, and the police, journalists and family members, still NOBODY knows the truth to this day, because the Vatican won’t comment on the matter.

Emanuela Orlandi appeared on official Vatican documents, which were leaked during the 2012 scandal, which brought the story back to the limelight.

What dark secret is buried and how high up does it go?

After watching this masterful documentary, I texted my two brothers whom I had told to also watch it, and offered the following conclusions:

We will only know the truth if a defector from within leaks it.

The government and the central banks are, to a large degree, very similar to the Vatican in those regards. You will never know, unless they willingly give you access or unless an insider dishes out what is truly going on within the halls of the central banks or the White House.

Once you realize that, you understand why independent thinking is far more monumental than listening to what Jerome Powell tells the world or what the government shares with you.

The art of it all is to learn to see past the bullshit and into the pure truth. 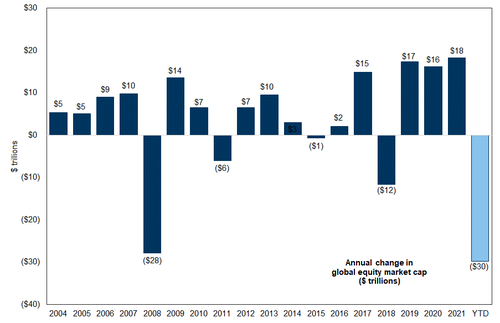 The truth, as far as we can tell, is that interest rates are NOT going back down for another year, if not more. The truth is that the markets won’t rally, until the consensus is that the 10-yr bond yield is, in high likelihood, headed to 2.5% and that could take years!

The FED won’t tell you this, nor will the government or CNBC, but I’m telling you that for the foreseeable future, the large indices will be stuck!

There is no rush… the train has not left the station. In fact, the train is in the hangar, getting serviced. If you don’t want to miss it, you can stay on the tracks, but I hope you understand that your feet will hurt from the long wait.