The markets and the FED do not see eye to eye right now.

I’ve never seen any other period, where the central bank and the bond market have been on such opposite ends of the spectrum and retail investors didn’t dump their holdings, but this isn’t HAPPENING YET.

Why? Why are retail investors NET BUYERS this year, even as the markets are going through a terrible year, with no end in sight?

The main two reasons are that they:

The FED is now targeting both of these and they’re not hiding it; in the last FOMC meeting, they came right out and said that what they’re doing next is aimed at getting an additional 1M people on the list of Americans, looking for a job and at lowering housing prices by 10%-20%. 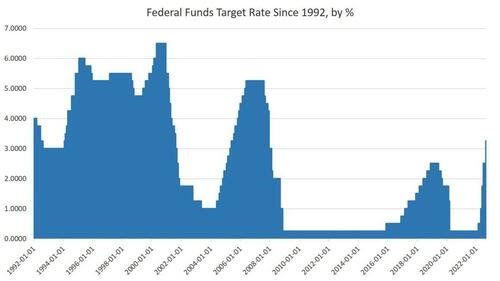 Today’s piece isn’t a pact-filled newsletter publication, but a blitz warning, meant to tell you that I believe we are now entering the last and worst part of this global interest rate reset.

When I was serving my mandatory three-year stint for the I.D.F, aged 18, I was shacked with another guy in a room for a few nights, while on this training course with soldiers from other units.

He served in the most hostile region we have in this country; it was in a constant state of high alert. One night he told me that while he was on post, in a small one-manned fortified guard station, his direct superior broke radio silence to tell him that there’s a CONCRETE INDICATION that a terrorist is headed his way.

In that very same breathe, the commander told my friend that they cannot send backup and that he needs to handle this one on his own.

I am under the covers, looking at this guy, who is also at his bed, with a blanket over him, telling me that intelligence sources have confirmed a man, with one idea in mind, to kill my friend, is advancing towards his security post.

What he did was climb atop the roof of the post, making it look like it’s empty and he lay there, in his eye within the scopes of the M-16 rifle, waiting for the attack to occur.

Today, I’m telling you the same thing – the FED is no longer your backup plan!

You must win this one on your own and it’s going to require your undivided attention and all of the resolve you can muster.