As Natural as a Thunderstorm

As Natural as a Thunderstorm 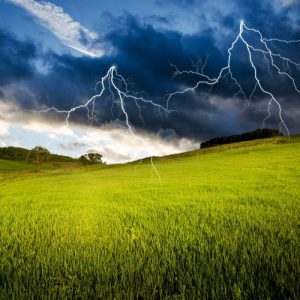 Since the dawn of time, humans have been trying to defy nature. It almost looks like it’s part of our heritage to try to do what’s not meant to be done. The first climber to Mount Everest said that his reason was simply that “It’s there.” Since then, many have died trying to reach the summit and many have succeeded, thus proving it is certainly doable. No one has quite figure out just yet how the Egyptians built their magnificent pyramids, but no one can doubt that they are there, and it was only 120 years ago that the world was dark, people rode horses, and nobody knew man can fly. Yet, the human race has done the seemingly impossible. Some things aren’t impossible, just unbelievable. Yes, it is safe to say humans like to push boundaries. The great majority of us, though, know that there are some boundaries. You might call them laws of nature. For instance, the law of gravity. It is foolish to defy it. It’s impossible. Do some people attempt to “play with nature” at their own peril? Absolutely.

In our modern world of finance, we have such a phenomenon of attempting to defy nature. Think of the thunderstorm for a moment… its purpose is to release the energy that is generated in the cloud particles, thereby balancing electrical charges in the atmosphere, and causing nitrogen to be rained, which fertilizes the planet. Hot air, cold air, and moisture reach a tipping point and must unwind the electrical charge. It is a natural occurrence and happens thousands of times every day throughout our planet. The stock market also has a way of correcting a violent mix of events – it’s called a correction, a sell-off, a bear market. It is quite a natural part of the market life. Since 1970, we’ve had 21 of these corrections, or drops, of 10% or more. Bear markets, which are decidedly less frequent than corrections, are defined as declines of 20% or more. Investors have experienced 11 bear markets in the last 50 years, based on intraday extremes in the S&P 500. It’s as natural as a thunderstorm, which helps to keep the equilibrium in our weather system. Our central banks are attempting to stop thunderstorms from happening.

I have begun to feel the effects of their irrationality myself lately. If the market drops a bit, it feels like something needs to be done to “fix the issue.” That is scary to me, because I know it isn’t the right thing to ask for. Higher stock prices without regard to the underlying company behind the ticker creates risk. The more an asset costs, the less margin of safety you have. I currently monitor 140 companies, and only 4 of them are in the buy range. I know the market is expensive, and it is due for the major thunderstorm, so why isn’t the thunder coming?

It looks like the central banks are trying to delay the inevitable by various unproven strategies, nicknamed in academic names to impress us humans: quantitative easing, NIRP, inflation, deflation, M1, base money, trickle effect, or black swan event. These words don’t mean a thing. The thunderstorm is coming. It always does. When it does, you should be ready. I was in Acapulco, Mexico once when a beautiful session of lightning and thunders lit the dark skies. I was prepared with a camera, and my wife and I gazed for hours at this magical painting of black and white. When the thunderstorm finally arrives in the stock market, don’t bring a camera. Bring your cash. It will be a life-changing moment for you, and we will be releasing the best research available on the companies that deserve your cash. Earlier, I wrote that 4 companies out of 140 are in the buy range at the moment. That’s 3% of the companies in my universe. The name of this watch list is “Compounding Machines.” These are the businesses I want to own long-term, even decades from now (provided their management teams strengthen their competitive advantage and efficiency). My second list is called “Powerful, Life-Changing Speculations.” These are businesses that are highly cyclical, so long-term doesn’t work at all. The thunderstorm hits them much more frequently and more severely, so every 5-6 years, they are beaten and cheap, ready to explode higher again. The last thunderstorm was the worst on record. The list totals 25 companies at present, and they are pretty much all in the buy range. In fact, they are well below my maximum price, because some of them fell as much as 80% during the last 4 years. I am talking about resource companies. The homework we do at WRG is to identify which can catapult immediately and make sure our members are aware of them well before the general public. We have already seen 3 of the companies increase by over 100% since the beginning.

That means that 88% of them are nowhere near what they will be as this trend continues. The thunderstorm to the mid-large cap stocks is coming, and we are ready. The thunderstorm in the resource sector is behind us, and the sun is starting to shine again. Summer will be hot. These companies are cheap and in an uptrend. A resource bull market is as natural as a bear market, and the results are truly life-changing. I have seen people make 100 times their money in less than 5 years. That is enough to turn $5,000 to $500,000.

Nature will take its course. Make sure you don’t stand in the way. It’s time we all make a killing. We are implementing a strategy that is in line with the world’s greatest investors: buying cheap and well-managed resource companies that are just beginning to gain their proper pricing after 5 brutal years, and waiting for a thunderstorm to hit the large indices in order to buy the safest retirement stocks. It’s a well thought-out plan, and we are at the forefront.