Several industries will be COMPLETELY TRANSFORMED by Covid-19 and its aftermath. We anticipate that on a global basis, 23% of restaurants WILL NEVER re-open. That’s a MAJOR TURN OF EVENTS.

On top of that, we expect tourism and air travel will take around 5-7 years to recover from this problem that they’re facing – tens of millions of jobs worldwide will be lost for good.

The notion that a vaccine is the CORRECT FORMULA to solve the issues in our healthcare system, as well as in our economy, is a PIPE DREAM.

If we ignore, for a second, the UTTER STUPIDITY of rushing the process of approving a vaccine – which is BORDERLINE INSANE, since you’re injecting a cocktail of ingredients into a healthy body, with the likelihood that our system will either reject it, OR WORSE, be negatively impacted by it – the whole thing is 12-18 months away and that’s without understanding that the quantities will be SUPER-LIMITED anyway, at first.

As a family man, a businessman/entrepreneur or an employee, a saver or an investor and, in general, as a citizen in the country you reside in, waiting for a vaccine is POLITICAL TALK, but it’s really not a TOP PRIORITY at all.

Quarantine was a solution that was EXCELLENT in January, before the virus DOUBLED every couple of days. Governments enforced it 2-4 weeks too late; they stopped the hospital overwhelm emergency, but they failed to contain the spread, when it was still possible.

China was CRIMINALLY NEGLIGENT in alerting the global community about this and TOO SLOW to act, domestically. Note that this whole thing happened in January, which is Chinese New Year, a holiday that sees 70M tourists leaving China for other countries and historically the PRIME MONTH for coronaviruses to spread.

The U.S. did close the border with China early on, but kept the European borders open, which CHANGED THE FATE of America’s dealing with the disease.

When something DOUBLES every couple of days, when a virus spreads exponentially, you don’t want to FLATTEN THE CURVE as your main solution. If a curve is shaping-up, it’s because you’re already late; what you REALLY want is to CRUSH IT before a CURVE DEVELOPS, when there are only a few patients at loose.

That opportunity is gone forever. 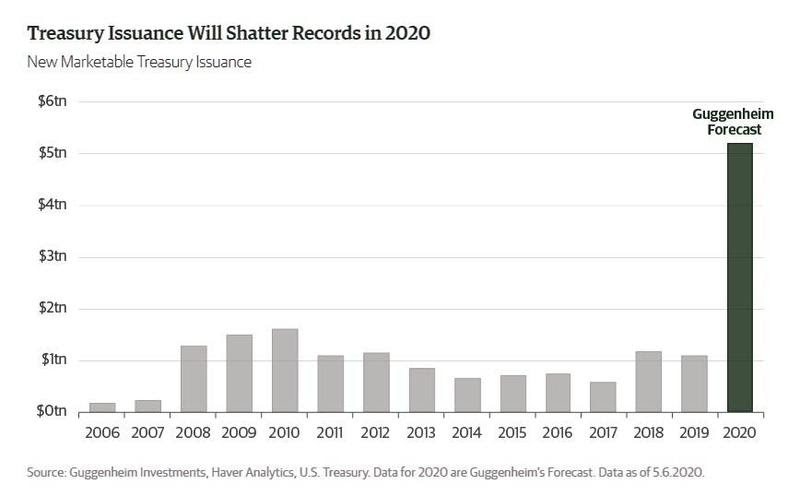 There’s NO NEED to point fingers, though. In my life, I’ve reasoned that finding blame is dealing with the past, while on the other hand, TAKING RESPONSIBILITY means choosing to react to the present and mold the future, not dwell on past mistakes.

The government can implement many plans, all of which (both good and bad) have one thing in common: they COST MONEY, lots and lots of it.

The reason President Trump wants negative rates is because it is ESSENTIALLY a tax cut.

If a government gets paid to borrow money, it doesn’t need to raise taxes to fund its programs.

The problem is that even with NEGATIVE RATES, all developed countries are running deficits that are going to become a part of public debate, once inflation heads higher in the next few months. 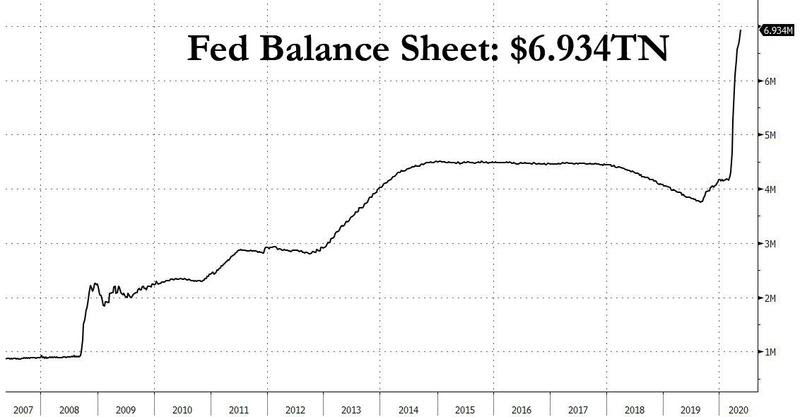 Even after the millions that are TEMPORARILY out of work return to their jobs, there are millions more that will be part of ENTIRE SECTORS which the government could not and SHOULD NOT bail out, since they’re dead businesses.

It’s not a popular topic to tackle, but many people will be part of The Great Reshuffling, which means they’ll have to be re-trained and join different positions within their industry or re-invent themselves.

The economy WILL CONTRACT – it could be a scenario that is handled properly and we bounce back quicker than you think, but it is also one that could be mismanaged and therefore VERY PAINFUL.

That’s the airbag that opens and keeps you alive, but it’s not the ambulance or the doctors that rehabilitate you, metaphorically speaking.

In the reality we are entering, the need to work together in unison – sharing information, not making politically-focused decisions, and not TRAMPLING OVER people’s basic freedoms – is critical.

Since we see much room for ABUSE OF POWER, we are expecting a far weaker dollar, mostly because of the RESUMPTION of money velocity. In that environment, silver has a 25% upside short-term potential, which puts its price at $21.00/ounce, or somewhere thereabouts.

We have much more to say about the disease and its solution, and we’ll dedicate both Tuesday and Thursday to publish DETAILED INFORMATION, which everyone should know.