Powell is an Ocean Away

On July 8th 2021, my 37th birthday, my wife and I, along with our best friends, went for a weekend in Las Vegas, which included tickets to UFC 264.

Some 20 seats from us, a number of celebrities were watching the fights as well. Donald Trump, the 45th president, was a few seats away and the atmosphere was electrifying.

NBA players were parading the aisles and I was able to get few selfies with them. Overall, it was an incredible event.

There were five fights on the main card that evening, ranging from the smallest guys on the roster to some of the biggest cats I’ve ever seen and, finally, the main event.

In the Bantamweight, Sean O’Malley fought Kris Moutinho and I watched Sean pound away at Kris. My skin had goosebumps and from my seat, I could hear the bones on Kris’ nose cracking, as his face turned blood-red, but the guy just kept talking trash, as if a broken nose and punctured blood vessels were of no concern.

His strategy was to take the punches and wait for minutes on end to just strike one lethal karate-type kick that would knock out his opponent, who was much bigger and more intimidating.

Let me tell you, the strategy failed and the referee simply called the fight a technical knockout – Kris looked like a busted watermelon or tomato.

I’m no coach, and this was my first and last UFC event that I’ll attend… I’ll stick to NBA and Formula 1 instead, though that strategy seems pretentious.

After the Bantamweight, there was female Catchweight, men’s Heavyweight and Welterweight, before Poirier and McGregor in the Lightweight category came out for the main event.

Four of the five matches took five minutes to wrap up, but the Heavyweight ended at 01:07 in the first round by a knockout punch to the eyebrow/forehead.

Jerome Powell is the kind of fighter who punches relentlessly at his opponent, who in turn just waits there helplessly for his one little chance to create an upset. Powell isn’t done throwing punches, so now that CPI came in really soft and encouraging, I’ll take my little victory and try to get in a kick or two, but the odds haven’t tilted in my favor. 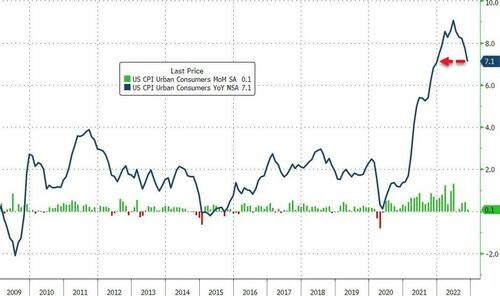 Wall Street is sticking a fork in inflation, but just because CPI isn’t 8% anymore doesn’t mean we’re headed towards 2% that quickly.

What I’m doing right now is preparing the FIRST-EVER full portfolio masterplan blueprint, to be published.

It will include my entire investment portfolio, from A-Z, for 2023.

What I believe is the following: The markets CAN’T and WON’T create a meaningful uptrend, until such time as the Federal Reserve PAUSES rate hikes.

Therefore, we have between now and either May and June (could be March) to build our 2023 bull market portfolio for the new era.

Forget the old guard; the companies that led the previous decade aren’t the same ones that investors will gravitate towards in the coming years.

The world has COMPLETELY and UTTERLY changed.

In the Heavyweight class, one good punch and you’re out – if you’re still in the markets, you’ve survived these blows and are still standing. Now, it’s time to reap the rewards!