Since this pandemic began to TAKE ITS TOLL on the world’s governments, economies and mainstream media outlets, I’ve seen comparisons being made to The Spanish Flu of 1918, from the perspective of public health; to The Great Depression, when it comes to the FINANCIAL DESTRUCTION; to the 1930s, when discussing WEALTH AND INCOME INEQUALITY; and to The Great Recession of 2008, as it relates to CENTRAL BANKS’ RESPONSE.

Wealth Research Group wasn’t SHAKEN OUT of stocks during the MARCH PANIC. Literally, on an hourly basis, we had friends, family members, colleagues, fund managers and associates of the various networking groups we belong to, as well as the mainstream media, IMPLORING ME to sell and get out of stocks, but we DIDN’T!

Instead, we MANNED UP and toughened it out. It could have taken years to recoup the lost equity or a few months if our thesis was right on record bailout sums.

Since the day I sat down to publish the first letter in early 2016, the goal has REMAINED THE SAME: to make sure that we provide a perspective to others, with the goal at heart that it would add a point of reference to the life of the reader, who MAY NOT have the time, experience or connections to be able to accumulate data and reach conclusions, since one has countless other obligations to take care of.

So, in MARCH 2020, as the circuit breakers HALTED TRADE, nearly on a daily basis, we were creating a WATCH LIST of stocks, including limit orders and we published the FULL LIST in the newsletter. HERE IT IS!

Constantly, comparisons to the 1929-1932 BEAR MARKET RALLY were being made, scaring veteran investors away and IMPLANTING FEARS in the entire baby boomer generation, which KEPT ON SELLING and cashing-up, just as the dollar bear market was commencing.

This WATCH LIST, though, which we published, served as a TREASURE MAP to those who used it as a way to conduct their OWN INDEPENDENT RESEARCH and reach conclusions.

To this day, INNUMERABLE FUND MANAGERS look at the below chart and AREN’T CERTAIN whether or not the 2020 pandemic is about to follow the 1930-1932 MARKET BLOODBATH. 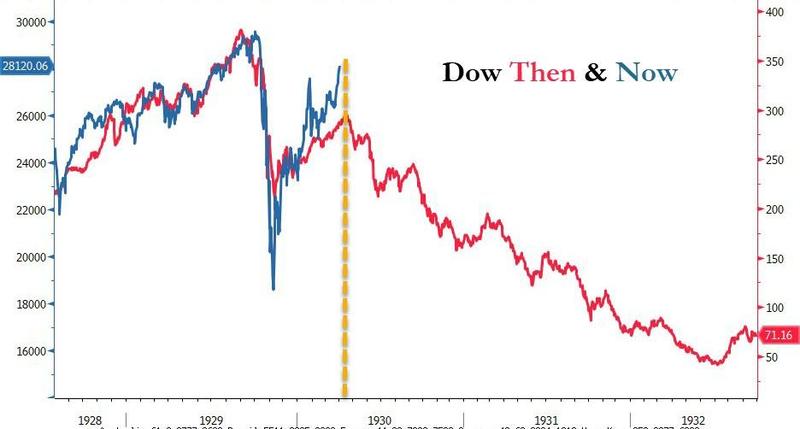 We did not let fear GUIDE THE WAY, not when the comparisons with The Great Depression were SO BOGUS. Back then, The Federal Reserve did very little intervention, contracted credit, and allowed THOUSANDS of banks to fail – the COMPLETE OPPOSITE of its overwhelming printing press operations of 2020.

We DIDN’T SETTLE for just these. We thought the market would bounce, so the original list did tremendously, but we also believed that there would be a SECOND ROUND of weakness, so we released YET ANOTHER watch list, HERE!

In our SECOND WATCH LIST, we showcased the opportunity to get into Sysco at $51, now trading at $60, an 18% return early June. The second insurance company we featured was Cincinnati Financial, which one was FORTUNATE ENOUGH to potentially get into at $58, now trading around $80, a 38% return. Next, just recently, came 3M, which makes the N-95 masks. It had a limit order of $151 and now trades for $165/share – a QUICK 10% return.

With the NASDAQ 100 and the S&P 500 at all-time highs, we’re working on a THIRD LIST right now! As you can see above, most people today believe the stock market IS HEADED UP, but at the same time, they DON’T TRUST it, so they’re in cash; it’s a paradox.

The thing is that the markets are NOT CHEAP, as they were in March, April and May; they’re attractive, compared with what cash and bonds offer, but they’re NOT A SCREAMING BUY. 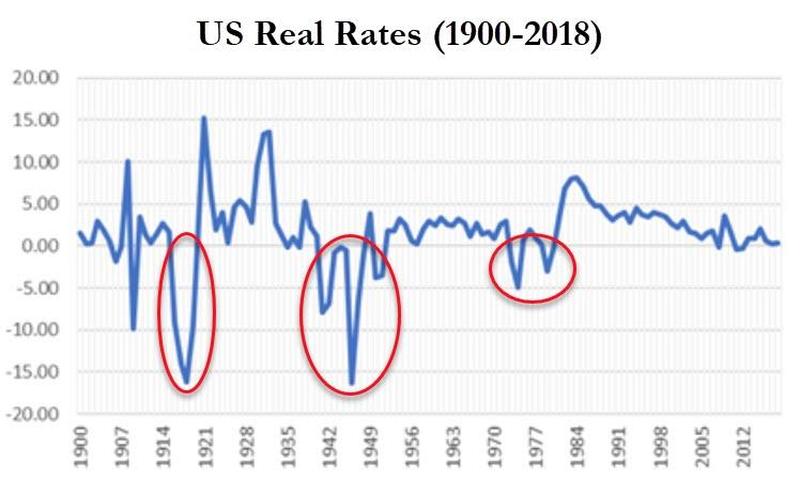 As you can see above, REAL RATES went negative in that period, causing such a shock that a year later, two economists, one named John Maynard Keynes and the other named Harry Dexter White (USA), became the chief authors of the Bretton Woods System, which pegged the dollar to gold at $35:1 ounce of gold.

It is precisely BECAUSE we are not going on a gold standard that we have a UNIQUE OPPORTUNITY with commodities and precious metals stocks – one of the only CHEAP ASSETS remaining on planet Earth.

Gold is still undervalued, compared with many VALUATION METRICS; the entire commodities sector is GENERATIONALLY CHEAP!