Arthur Boorman was a paratrooper in the Gulf War and from his many jumps, his knees and back started to falter.

Dealing with knee and back issues, he also gained weight… lots of it.

At one point, aged 47, around fifteen years after doctors first started telling him he would never walk unassisted again, never mind run, he weighed 297 pounds and used either crutches or a wheelchair when he wanted to go anywhere.

I can’t imagine how it feels to serve a country in the military, get injured and then hear nothing but negativity for 15 years from the medical community.

That’s as doom and gloom as it gets and it’s hard to handle, especially if one has no support team.

Arthur was advised to look into yoga, but instructors turned him down with one glance at his medical record. Many didn’t want to undertake such a project, with liabilities and complications, but one instructor had faith and believed in him.

It takes lots of personal strength to start, despite all of the pessimism on what looks to be futile effort, but against all odds, Arthur gave it a shot.

Next, he was running, and soon after was getting booked to give presentations and lectures.

I cannot tell you how many cases I’ve seen of doctors misdiagnosing the ability of a person to repair his body and walk again.

Right now, many sectors in our economy and our world look hopeless. With a war waging in Europe, an energy crisis, and a global inflationary emergency, many industries, companies, households, governments and individuals have suffered major blows to their financial situation and overall situation. 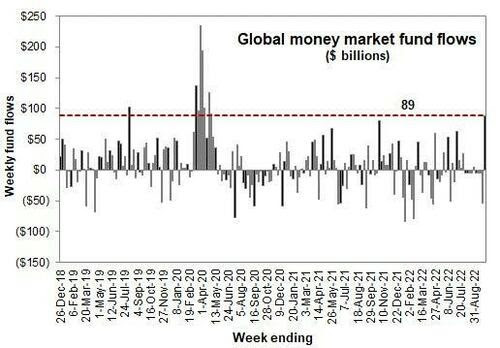 In 2022, we’ve seen a mad rush to cash, and you can see the incredible amount of funds flowing into money-market accounts, which was unheard of just a year ago, when everyone was crying “cash is trash” and treating fiat currencies like toilet paper.

Arthur’s recovery took a long time… for one, it was delayed by 15 years of professionals telling him that he couldn’t do it. Then, it required massive action and plenty of encouragement to stay the course.

Not all recoveries are swift, quick and easy and I do believe this one will be slow.

The global economy suffered from big blows; massive interest rate regime change, dried-up lending conditions, lack of appetite for risk, and from war (in Europe) for the first time in nearly 80 years.

OF COURSE, the markets will come back and indices will be hitting all-time highs, but the question is WHEN.

I don’t subscribe to the V-shaped recovery thesis, because we’re not recovering from a slump or a major bankruptcy landslide.

We’re recovering from AN INSANE change to what we were accustomed to for over a decade. 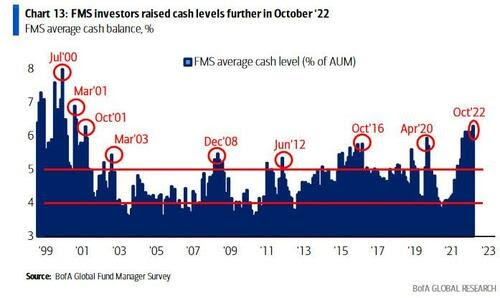 Cash levels are as high as they were in October 2001 and we don’t think investors will pivot fast into equities, but slowly, especially with talks of recession and with money-market accounts yielding generous returns.

If you start from that point of view, you’ll have a more rational idea of the slow recovery ahead.