What a year; what a decade. In the past 10 years, the fallacy of the mainstream media has been that FED liquidity is the most determining factor in equity returns, but that’s only a small part of the bigger truth.

Today, I’ll expose you to the big picture and pull back the curtain to reveal why investors have been buying bonds at zero rates and why they’ve been pulling money out of stocks, despite the incredible gains.

It will help you to understand the trading action you’ve been a part of for the past 10 years, and it will prepare you for 2020 and this coming decade.

For one, what investors have learned since 2009 is that central banks are far weaker than once perceived, in terms of the ability of their policies to impact markets THE WAY THEY’RE SUPPOSED TO, they changed their approach. Greespan was always viewed as invincible, while Bernanke appeared to be a WUSS.

In other words, central banks are definitely not relics of the past, in the eyes of investors, but the notions that (1) lowering interest rates equals fast growth, (2) printing currency equals runaway inflation, (3) or that 4.5% unemployment rates generate inflation, have all been proven to be WRONG. Not only that, but we see that even negative rates don’t stimulate some economies or that even $1T annual deficits don’t mean inflation.

Investors in the 2000s worked under the premise that lowering rates and pumping liquidity are the causes of inflation, so gold soared from $250/ounce to over $1,900/ounce. But then they changed their minds as new facts emerged in 2011.

In the 2010s, the fear shifted to deflation, so loaning governments money for long periods became the most popular way to hedge for deflation, at the same time as owning equities (stocks). 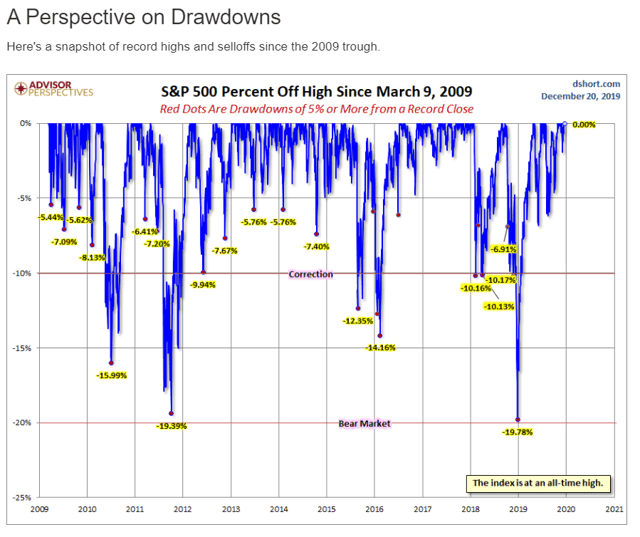 It hasn’t been easy to hold through thick and thin through all these years and keep buying more, but we’ve done so and have been GREATLY rewarded. The indices have brought us big returns.

The case for owning stocks REMAINS strong, overall, so Wealth Research Group’s general outlook is that markets are not going to crash, but that we’ll see more pullbacks of 5%+ and more correction of 10%+ in 2020 and beyond. We just had a -20% decline one year ago, so it’s highly unlikely to experience another soon.

It’s hard to sell stocks when the S&P 500’s dividend yield is higher than the interest of the 10yr Treasury bond. So long as this continues being the case, stocks should do well, as a whole. 80% of component companies on the index pay more than the government does, which is UNHEARD OF; stocks, compared with other assets, are still attractive.

Right now, from the immediate future through the next few weeks, though, we could get a GIANT buying opportunity, because euphoria is so evident that stocks are due for a correction. I have three stocks on my watch list, which I’ll share with you if their price comes down sufficiently.

The lack of quality safe haven assets due to artificially-low interest rates has brought gold back to the limelight, even though inflation is low.

If inflation rears its head, as I personally feel it can soon, gold will shoot over $1,600. 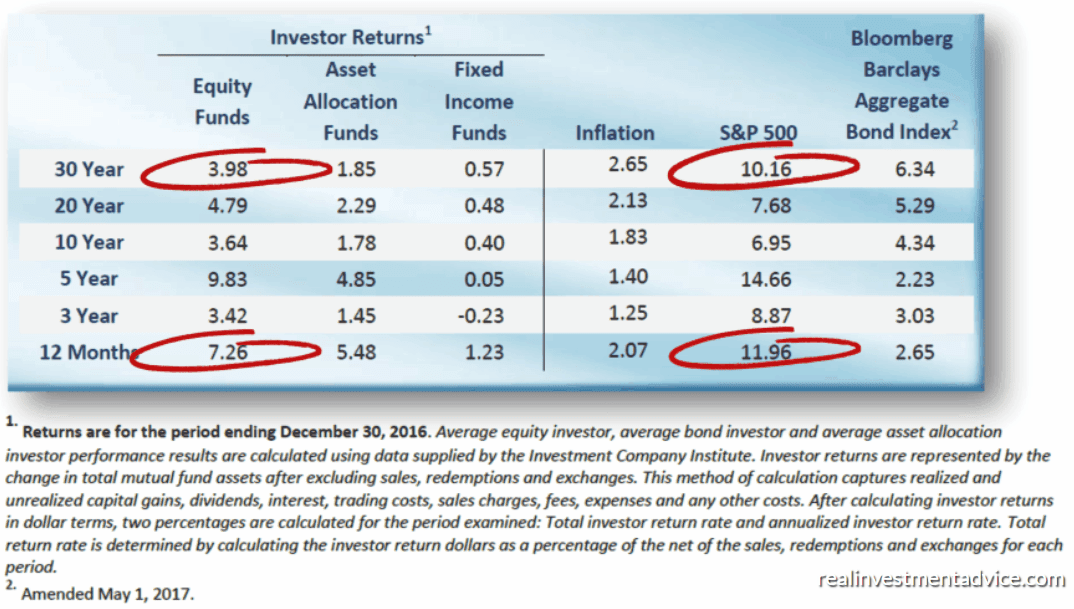 The retail investor continues to be the victim of his own emotions.

The first article I ever published was called “Activity Disease,” in which I proved that the chart above is the most tragic in the investment world. Warren Buffett says investing is mostly about doing nothing, while most investors can’t stop worrying and trading.

The average investor simply SCREWS UP the surest way to double his money on average every 7 years for the rest of his life (by just holding the S&P 500 or the NASDAQ or the NOBL ETF, like I do) by timing his trades poorly.

The NOBL ETF, comprised of the 52 Dividend Aristocrats, is the surest way to make returns. Out of 52 companies, only one has generated a negative return this decade of -0.2%, which means 51 others have been winners. 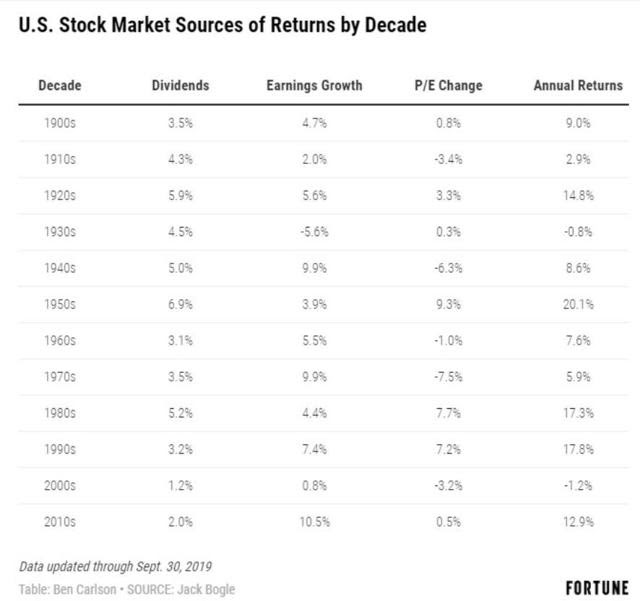 Yields on bonds might not have bottomed yet, but as long as they remain this low, gold is an IMPORTANT asset to hold, as a cash alternative. Now, with the dollar topping off after 8 years, silver is beginning to come back in a BIG WAY and, like I said, during Q1 2020, its price could get to the $20s for the first time in years.

As of today, baby boomers account for 60% of Americans’ wealth, while the millennials only make up 3%.

This means that in the next 10 years, much wealth will be inherited; that’s my contrarian forecast, which will lead to inflation. Currently, all people do is focus on how poor millennials are, but that’s only partially true. They are slowly climbing corporate ladders, forming families and starting to spend.

Everyone, from governments to central banks to Wall Street to your fellow investor, is betting on DEFLATION – should you?

Prepare for the new decade with the 16 principles that I live my life according to. Access them HERE!