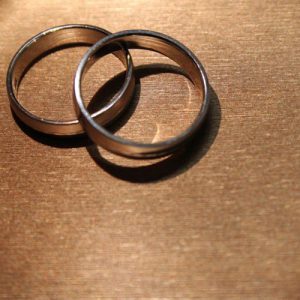 I am happily married, and have been since the 23rd of September, 2011. Before that, Anna and I were living together for 6 years, and prior to that we dated for 2 years. We have been together since I was 21 years old, and we are celebrating 11 years of being together in October. We have been living together for 9 of those 11 years. Living together forms a strong bond. In our case, it has formed a life-long bond that keeps growing and strengthening with each passing day. That allows our quality of life to improve, because, as I stated in The 3 Question Test, WHO you spend your life with is of epic importance. A true partnership creates a balanced focus on what’s important. A winning marriage is one that creates synergy. It nurtures trust among couples, and that is imperative to success.

Marriage is not so simple, though. We know that divorce rates are historically higher than 30% in most countries. The primary reason for this rate is because PEOPLE CONSTANTLY CHANGE. The secondary reason is because PEOPLE MARRY FOR THE WRONG REASONS. The data gathered in the past few years surprisingly shows a reduction in worldwide divorces. If you ask me, it’s because people are not rushing into marriage like they used to. People are evaluating their future husbands or wives for longer periods of time. Couples date, live together, book vacations, and talk about what a joint future would look like, thus learning to respect each other before fully committing. Marriage is about love first and foremost. That, for me, is the only reason to start a family or tie the knot with someone. Anything less than that will create huge challenges down the road. Love requires constant courtship, a life-long winning-over process of love. That makes the relationship spontaneous and fruitful. You will change. Your wife will as well. The marriage will thrive because you both change FOR each other, to increase your love and bond.That is not always the case, though. When couples marry, they bring with them habits they picked up throughout life regarding just about everything: work, travel, money, family, children, time management, shopping, nutrition, standard of living, order, tolerance for adventure, safety, sleep, and obviously many other aspects of life that aren’t mentioned here. These can create troubles and challenges. Those challenges, when mixed with emotions, are deadly and lead to separation. Divorcing is a hard process, but, like I stated, 3 out of 10 couples usually split up. It is better than staying together.

In the business world, they term marriage differently: it’s called M&A, or Mergers & Acquisitions. It’s no wonder that M&As usually end up badly. Companies merge all the time. One company acquires the other. Just like a good marriage, companies need time to evaluate their take-over candidates correctly. Just like in marriage, they bring different cultures, goals, habits and practices, egos, pricing, client loyalty, and the list goes on. Warren Buffett is a champion at buying other companies. Berkshire owns more than 70 businesses in a wide array of fields ranging from insurance to railroads (I wonder if his successor will be up to the task). If you find a company that knows how to use the shareholder funds in order to grow by acquiring competitors or strategic firms that add value to the business by increasing efficiency, you are looking at a rare gem. Cisco, in the 90s, was able to become a master “husband” and had many successful “weddings.” The stock price shot up more than 300-fold. The best “husband” of the past century has obviously been Warren Buffett, who has been able to grow through multiple successful “marriages” without any major divorces – and we all know how much a bad divorce can impact you for the worse. . Remember, a master “husband” is very rare. Most public companies are “forcing weddings,” and they end up with “costly divorces,” like Microsoft buying Skype and Nokia, which cost the shareholders (myself included) billions of dollars. If they would have returned the funds to us instead, the stock would probably trade for $80.00 per share, instead of a mere mid-$50.I like when my holdings are worth 40% more.

I have found a master “husband,” and I am finishing the research on his firm. This is going to a big winner for us at Wealth Research Group. I would much rather have him compound my money tax-free at high returns than receive taxed dividends and reinvest them myself. This company will be able acquire more and more firms, making the company competitive, efficient, and growing. That’s it for me. Make sure you tell your wife how much you love her, and write an email to the investor relations department of your current holdings to let them know not to acquire firms without thinking about their married life thoroughly.