For 80 years, the federal-level criminalization of the cannabis plant has been a burden on the American economy: it’s resulted in hundreds of thousands of arrests, tying up the court systems, and drug cartels profiting from the black market. Baby boomers, Generation X, and now the millennial generation are seriously fed up with spending their tax money on what’s clearly a battle with no winners.

Meanwhile, alcohol and cigarettes have been legal for many decades and have caused more public harm than good – but those industries are on the decline, with the health-conscious millennial generation turning to hemp-derived products instead of booze and tobacco because of CBD’s known health benefits.

The data shows that millennials are the largest population segment today: they outnumber every other generation, including baby boomers and Generation X. Businesses are scrambling to cater to millennials, and politicians are courting their votes, knowing that millennials are now graduating from college and will soon have enormous purchasing power and political influence.

How much political influence? Suffice it to say that they’re literally changing the map, with adult recreational marijuana use now legal in 10 U.S. states and Washington D.C. and medical marijuana legal in 33 states.

It’s a stunning U-turn in public policy and sentiment from just a few years ago – you might be old enough to remember when “Just Say No” was America’s official slogan concerning marijuana. Today, it’s more like “Just Say Yes” to legalization, with multiple data sources confirming highly favorable attitudes towards cannabis legalization: 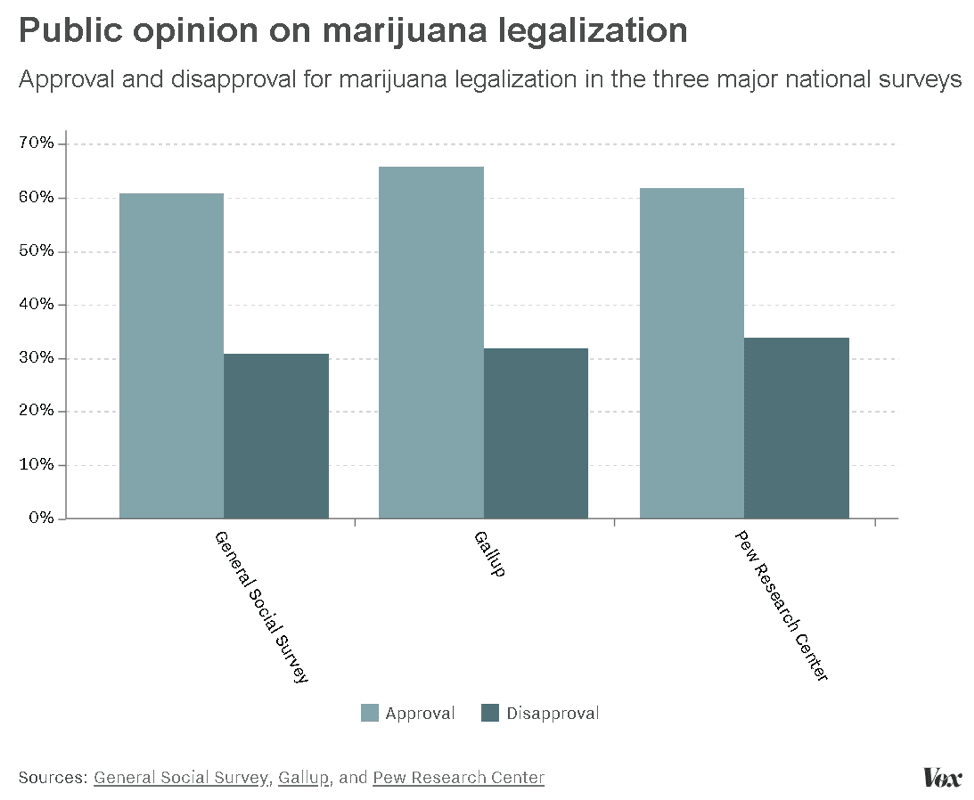 As you can see, the few leftovers who disapprove of cannabis are clearly outnumbered. Highly respected sources including Gallup, the Pew Research Center, and the General Social Survey all indicate that over 60% of survey respondents favor marijuana legalization in the United States.

And that’s including people of all ages; if we focus on millennials, the numbers are even more striking. The Pew study, for instance, found that 74% of millennials approve of full marijuana legalization – an overwhelming majority, but perhaps not entirely surprising given this generation’s willingness to spend their money on high-quality cannabis brands.

That’s bad news for Big Tobacco and Big Alcohol, but great news for cannabis companies that specialize in building premium brands that cater to millennials and other demographic consumer segments. It’s a terrific time for the industry, and an even better time for investors in this fast-growing market.

As for me, I’m taking advantage of this rare opportunity before the mainstream media latches on to this story and blows it up. My readers keep writing to me and asking for trading ideas, so here’s my message to them: check out C21 Investments Inc. (CSE: CXXI) right now. It’s a Canadian company, but they’ve acquired a stable of premium cannabis brands in America’s most pot-friendly states.

You might not have heard about them in the corporate media yet, but you will soon – I can assure you of that. C21 is disrupting the industry by unlocking the environmental, social, and economic utility of cannabis by developing, producing, and delivering top-quality and high-performing brands and products. In other words, this company is shaping the future of the American cannabis market. 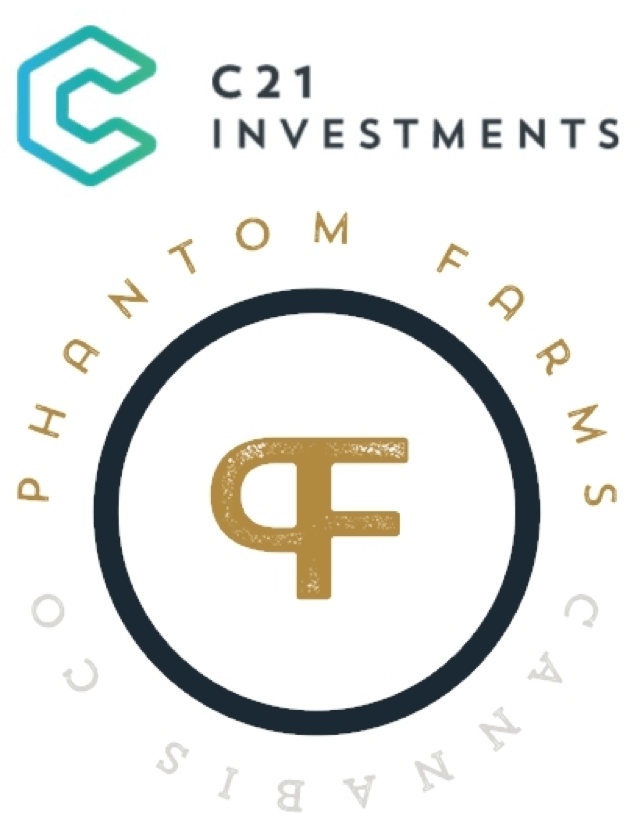 One of C21’s most impressive holdings is Phantom Farms, which has been at the forefront of Oregon’s medical marijuana industry since 2008. Phantom Farms has also been in the adult recreational market since 2016, and they now distribute superior cannabis product from their four farms to dozens of dispensaries statewide.

Like all of C21’s brands, Phantom Farms is a true pioneer in the industry: they’re actually building what’s known as a cannabis campus, including administrative offices, growing operations, research and development facilities, and much more.

And like C21 and the legalized cannabis market overall, Phantom Farms is expanding rapidly and earning outstanding revenues. The numbers speak for themselves: 7,500 pounds of dried flower produced annually; 25,000 pre-rolls per month; a 2,500-square-foot extraction lab; and double indoor flowering capacity (5,000 to 10,000 square feet), adding 2,000 pounds of flower production.

You can’t argue with numbers like that, so why fight it? It’s better to make money from it, and there’s plenty of money to be made if you get in early. The days of “Just Say No” are long gone – the best way forward is to just say yes to C21 and CXXI shares, the obvious move as America clears the path towards full cannabis legalization.