Gold at $8/ounce is not a typo. It’s real. It is the result of a rare combination of events, which made investors commit gross miscalculations that led to enormous discrepancies between the value of assets and the price at which they are now being set.

Bubbles occur both on the optimistic end, like the ones we’ve seen with U.S. real estate in the years, leading up to 2008, when people thought prices will always go up, but they also occur on the other end of the spectrum, where investors get fixated on the notion that things will never get any better. I call these “Anti-Bubbles.”

In September of this year, a disproportionate amount of mining stocks, trading on stock exchanges, hit 52-week lows. Many broke down completely, trading for all-time lows. The “Anti-Bubble” thinking was that the FED had, somehow, figured out a way to raise rates, without getting inflation to rise along with it, thus creating a new, sustainable economy that runs smoothly, at full capacity with positive, real interest rates (10-yr bond yield, deducted by core CPI numbers), without ever slowing or experiencing recessions.

I dedicated a whole letter to this “Anti-Bubble” thinking, because Jerome Powell was so cocky in believing that he had solved the business cycle worries of over-heating, that it baffled me. That bubble burst soon thereafter. The market has taken stocks down to bear market territory, the FED changed their 2019 hike plans from four hikes, down to two, and precious metals are soaring on the backs of all of this, since the TRUTH has come out.

Real interest rates are trending towards negative territory once again, just as in 2016, the last time the mining sector was this cheap and attractive.

The Rothschild dynasty made its vast fortune by taking advantage of loopholes that have left entire sectors, trading for less than liquidation cost. When they saw that prices reflected End of the World “Anti-Bubble” thinking, they were at their most aggressive selves, knowing the worth of contrarianism. Like I showed you yesterday, Warren Buffett has done the same thing. Real estate mogul, Sam Zell, has coined the phrase “Dancing on Graves” to illustrate how he waits for recessions in housing to build his fortune.

Calculating the enterprise value of one, particular stock, compared with its gold equivalent resources in the Measured & Indicated category, as well as its Inferred category, has produced this astonishing number.

The stock trades as if its gold in the ground is worth $8.1 an ounce, according to some of the best analysts around.

The industry standard is more than 4-times that valuation, so you can see why this is an extreme anomaly. The market has been so worried that gold prices will stay at sub-$1,200s levels that it gave up on this company.

The assets are far too good, though, to justify this pessimism, especially the company’s flagship project, which is the largest, undeveloped gold project in Ontario, Canada. By itself, the PEA (Preliminary Economic Assessment study), which was completed by independent evaluators, has valued this one gold project at more than triple the current market cap of the entire company, which has more than 5 additional world-class gold projects – plus a large portfolio of gold exploration assets that the company gets zero value for!

Warren Buffett bought GEICO, after its shares went down from $61 per share, all the way to $2 per share. It made him a billionaire, as he rode the coattails of the rebound and renewed growth spurt. He proceeded to buy Coca-Cola shares, two years after their biggest-ever marketing mistake, a decision, which made him a multibillionaire.

In both cases, the sentiment towards these two companies was at its lowest when he got in. The market discounted their assets below any reasonable measure, and it didn’t take much for them to prove to investors that their End of the World outlook is wrong. Shares prices were much higher, in both cases, in a matter of months.

In our view, investors are beginning to realize that interest rates are reversing, that precious metals are entering a new bull market and that mining stocks are super-cheap, and the seasoned investors know that you should NEVER count out what Keith Neumeyer and his team can pull-off, because every single person that ever doubted him has stood by watching from the sidelines while he built two different billion-dollar businesses.

THIS IS A MOMENT OF ABSOLUTE DEEP-VALUE INVESTING! 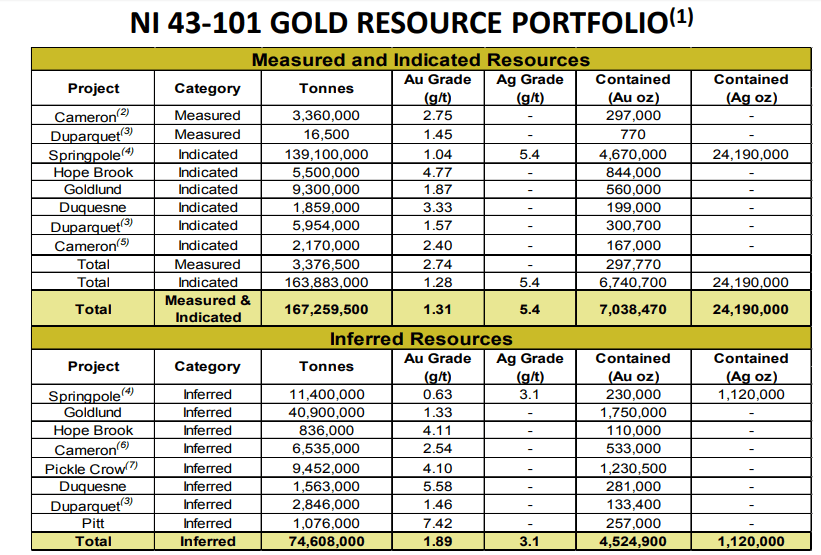 Shares are trading for CAD$0.24, as we speak, which comes out to a CAD$136M market cap, while Springpole, the company’s flagship asset is valued at more than triple that, by itself!

This story has all the makings of a potential major mean reversion, as the market realizes that there is no other company with assets as solid as the above ones, selling for such an enormous discount.

I’m increasing my existing position in First Mining Gold (TSX: FF & OTC: FFMGF). It is already my largest gold stock investment, and it is about to get much bigger.

Legal Notice:
This work is based on SEC filings, current events, interviews, corporate press releases and what we’ve learned as financial journalists. It may contain errors and you shouldn’t make any investment decision based solely on what you read here. It’s your money and your responsibility. Never base any decision off of our emails. Never base any decision off of our emails. We have been compensated by First Mining Gold, one hundred thousand options for a one year agreement. We have previously been compensated nine hundred thousand options for past years agreements, none of our options have been exercised. In addition to options we are currently managing a marketing budget of two hundred and fifty thousand dollars, paid for directly by the company. The information herein is not intended to be personal legal or investment advice and may not be appropriate or applicable for all readers. If personal advice is needed, the services of a qualified legal, investment or tax professional should be sought.