Most of the world’s traders and fund managers are on vacation this week, but the ramifications of the tax cuts in the U.S. and the Chinese decision to keep the printing press running are changing the global outlook for 2018, and no one is waiting for January 2nd to make smart moves ahead of the pack.

I want to touch on 3 vital subjects: silver’s major strength, inflation expectations in the U.S., and bond yields on the brink of tilting over. 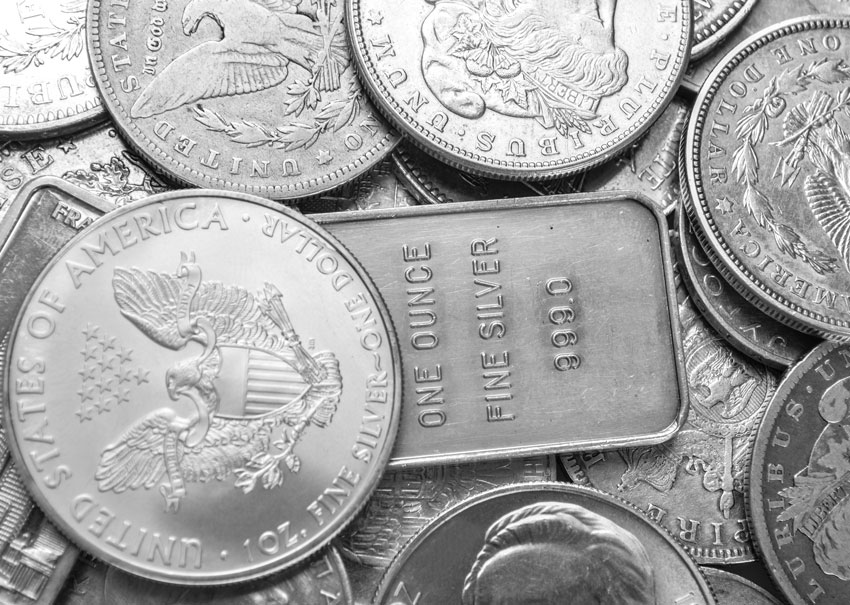 The most alarming situation forming in global finance is the awful auction for 2-year and 5-year Treasury bonds this past week – due to weak demand, yields are rising sharply!

What immediately happens, though, is a serious bump of inflation levels and a significant charge forward of real assets: commodities. The reason is that when bonds (which are deemed safer than stocks) offer higher income (interest rates vs. dividends) than risky and expensive stocks, there’s a correction or a cyclical top. Not only that, but companies tend to buy less shares back. Instead, they invest in machinery and growth before interest rises further and borrowing becomes impossible.

In other words, we’re hitting the button called inflation, with immense pressure from all sides.

Gold is already nearing $1,300 again, but this time no one is excited. Said differently, it’s cheap, trending up, and ignored – that is the precise formula for an extended rally.

Silver is up 4.2% this week as well, and JPM will not be able to suppress the price in 2018 with China pressing forward on 3 fronts: infrastructure plans, real estate projects, and a middle class consumption spree fueled by cheap credit.

When inflation is stable and low (2010-Q2 of 2017), stocks soar. It’s easy to do business when you can predictably calculate costs and expenses. With inflation at crossroads and the U.S. economy reporting record consumer confidence, small business optimism, and optimal unemployment levels (Q3 of 2017-present day), the story is changing – that’s why Ray Dalio’s hedge fund has racked-up a massive GLD position!

You can see inflation price moderately into bond yields, which is set to increase, and you can observe it with strategic metals prices as well.

Yesterday, I drove 5 hours from Switzerland to France to meet my geologist contact, as he wanted to show me face-to-face why the company I sent him to review is the best one he has vetted for me over the years.

The timing couldn’t be more spot-on. Strategic metals prices are looking as strong as a Brink’s vaulted safe right now. 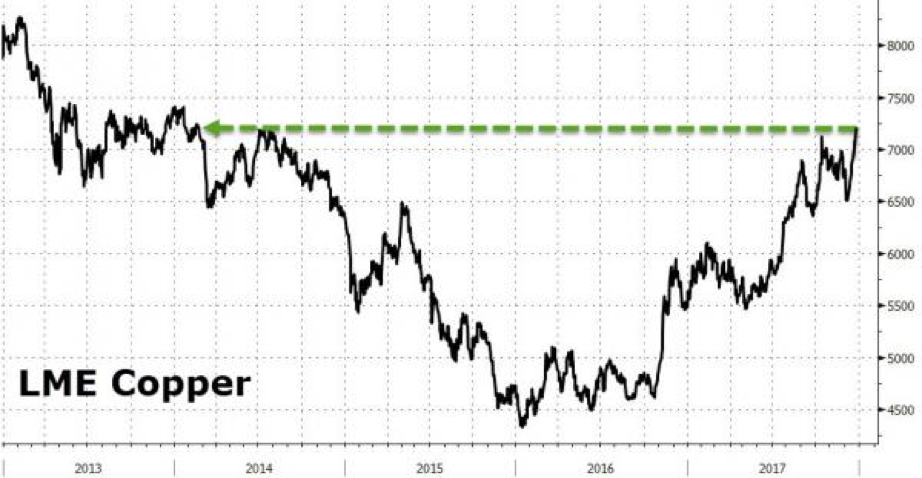 Copper prices, for example, have been going up for 10 consecutive days, the longest streak since 2004. It’s trading at a 3-year high, yet no one is talking about this.

My Strategic Metals Fund, co-owned with my 3 partners, will make this company our largest strategic metals position. We’ve cashed up and will begin accumulating on January 8th. Wealth Research Group will be publishing all the data on January 2nd.

We’re going to start 2018 with a blowout because this will be the key period for getting to the next level in portfolio excellence.