Rothschilds Strategy: THIS IS WHEN GOLD GOES STRAIGHT UP!

Rothschilds Strategy: THIS IS WHEN GOLD GOES STRAIGHT UP!

What gold has done since 1971 has been incredible. Back then, had you bought one Eagle coin, you’d part with $35. Today, a bullion dealer would pay you close to $1,550 for that same coin. Had you put $35 in your safe back then and taken it out in 2020, you’d be shocked to learn that those $35 buy a SIXTH of what they used to.

While gold has gone up 44 times, silver has increased by 11 times.

The conclusion is that BOTH have been a better choice than buying an asset that simply tracks CPI (Consumer Price Index).

Where gold stands out DRAMATICALLY is that it has fully retained its monetary role in the eyes of the world’s largest money managers, whereas silver has completely lost its premium as a precious metal.

Private investors love speculating on its price and whether or not it can repeat its parabolic moves, which it enjoyed in 1979 or in 2011, but gold needs no such animal spirits to go higher; there’s a constant demand.

Governments, central banks and large funds already understand its significance, especially when it comes to hedging disruptions in geopolitics, in surprise inflation spikes or in debasement of fiat currencies.

They also understand that gold serves as a SUPERIOR asset, inversely correlated to their NET-LONG exposure to stocks.

Who owns most of the assets, globally?

The global pie of equity is divided amongst the world’s richest individuals, owning a colossal amount of stocks, real estate and businesses interests, but it is also owned by pension funds, which manage YOUR money.

Baby boomers, the world over, have a vested interest in seeing stock prices rise, as well as bond prices, because their net worth is reliant upon them.

Therefore, unlike hedge funds and family offices, governments and central banks, which do diversify into gold, most baby boomers don’t own ANY. The Rothschilds own plenty of gold and they’re one of the only families that have been able to remain wealthy for centuries.

People ask when it will go straight up and the answer is that gold will probably NOT, in the near-term. Instead, it will just keep beating inflation by a wide margin and continue to be the ULTIMATE and best way to save.

A downturn is much riskier for the average person, therefore, than for the sophisticated investor.
In case of a market shock, the big players will have gold as a hedge, while your pension fund or your 401K plan may not.

If you have IMMEDIATE needs for liquidity, then, as many boomers will, they may sell at a discount, out of stress and pressure. 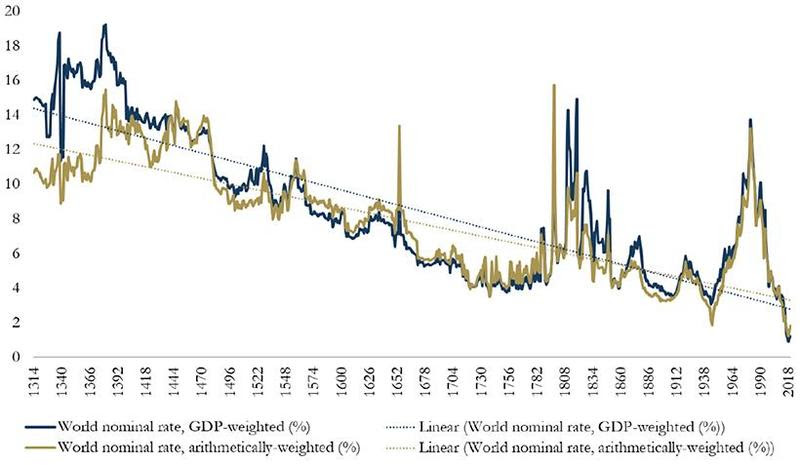 As you can see, while interest rates do occasionally SPIKE, their long-term trajectory is downwards.

As you can also see, interest rates can spend a lifetime, in human terms, below the trend line, so betting on higher rates is entirely speculative.

Instead, remember that people’s life expectancy is increasing every year, which means that governments will restructure their unfunded liabilities very soon.

On his amazing podcast, SGT Report interviewed me a number of days ago. We covered many interesting topics, among them were the State of the Union Address, coronavirus, why Bitcoin has a bright future and why each person must BITE THE BULLET and educate himself in the 21st century. On this last matter, I published my personal 16 principles for personal development, which you can access HERE!

Check out the entire interview below: 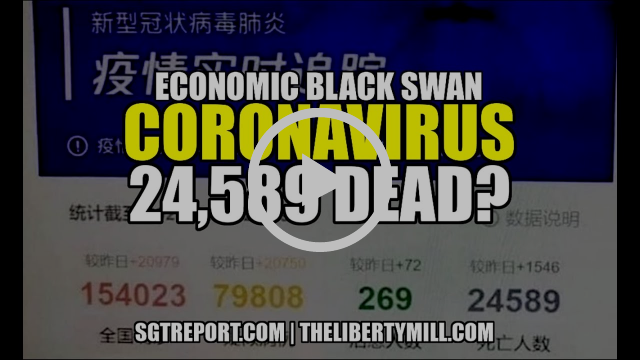